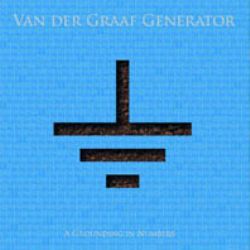 A TIMELY RE-PRESS AS THE BAND COMMENCE AN EXTENSIVE UK & EUROPEAN TOUR IN APRIL & MAY 2020.

• A TIMELY RE-PRESS AS THE BAND COMMENCE AN EXTENSIVE UK & EUROPEAN TOUR IN APRIL & MAY 2020.

“A Grounding in Numbers” was the band’s 12th studio record

In April 2010 Peter Hammill, Hugh Banton and Guy Evans met up for intensive tracking sessions in Cornwall, arranging, rehearsing and recording the album in a week. Some of the pieces were already fully-formed songs; others, even at this stage, remained more sketches than fully realised works. Over the next months the tracks were overdubbed, edited and adapted by the band in their own studios. By September the project was ready to be mixed. Legendary producer Hugh Padgham agreed to take on this part of the process – the first time anyone outside the band had been entrusted such responsibility. After three weeks in Hugh’s London studio, Sofasound (which shares its name with Peter’s original home set-up), “A Grounding in Numbers” was completed.

With a fantastic clarity and depth of sound and a helter-skelter stretch of tunes, “A Grounding…” sees VDGG pushing ever further forward into the twenty first century. Clearly, they know they’re a group with a certain history – but they are also an emphatically modern one.