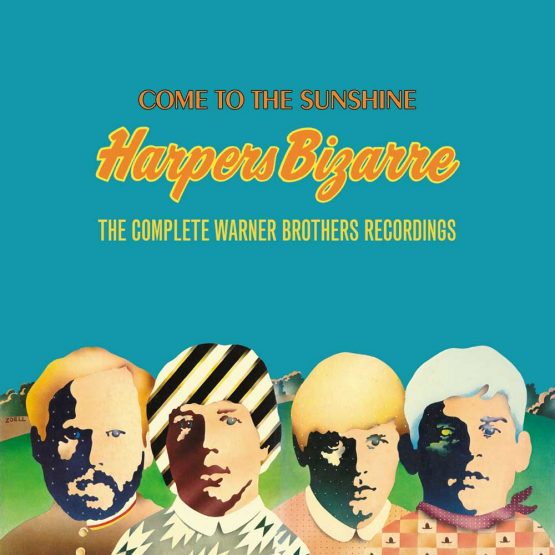 £19.99 Released March 19, 2021.
This four CD Box Set presentation comprising all four of the original Harpers Bizarre albums; “Feelin' Groovy”, “Anything Goes”, “The Secret Life of Harpers Bizarre”, and “Harpers Bizarre 4”, augmented by single A & B sides in chronological order of release.
Pre-Order 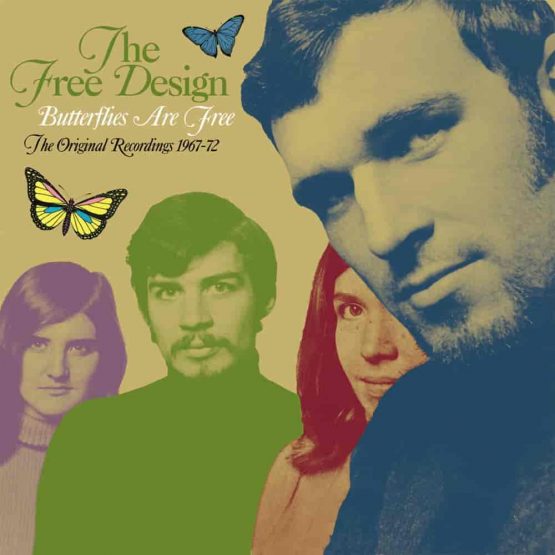 £19.99
4CD collection of original material by THE FREE DESIGN.
Add to cart 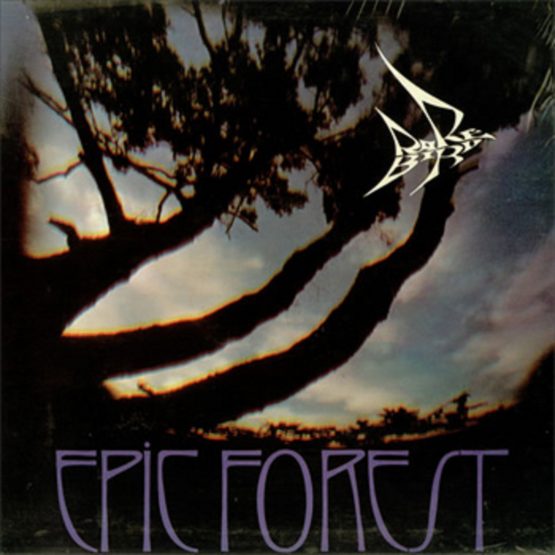 £9.95
RE-PRESS: CD ORIGINALLY RELEASED IN 2007 • Though it made little commercial impact on its release in 1972, Rare Bird’s ‘Epic Forest’ has since been widely acclaimed as a classic of the pre-punk era: a unique album that fuses the emotional reach of classical music with the harmonies of Sixties pop.
Add to cart 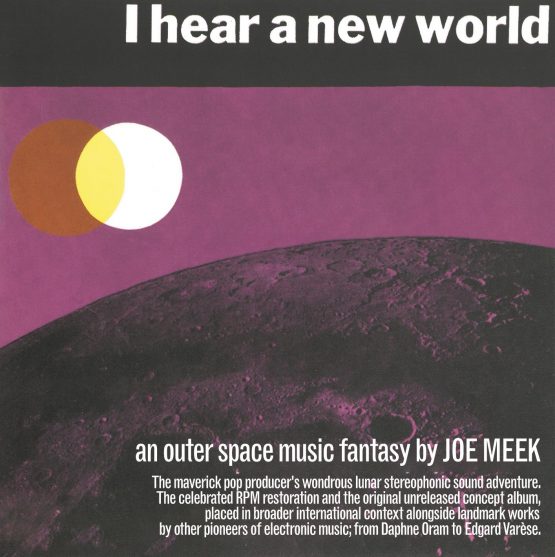 £12.99
A presentation featuring Joe Meek's fantastical lunar stereophonic sound adventure, I Hear A New World; both the celebrated 1991 RPM restoration and the original unreleased 1960 concept album; placed in broader international context alongside seminal works by other pioneers of electronic music; from Daphne Oram to Edgard Varèse. Considered in this context, Meek's masterpiece seems less an oddball pop novelty than a daring and visionary electronic sound exploration.
Add to cart
Sale 54% 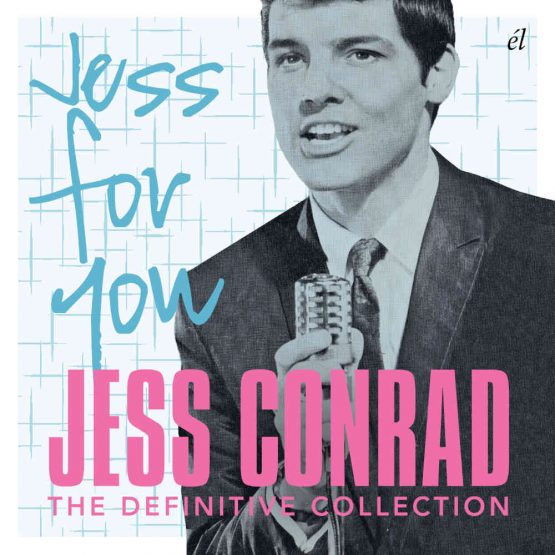 £4.99
This long overdue double CD collates most of Jess’s recorded output from 1960 to the noughties, including his work with the legendary Joe Meek (‘Hurt Me’, ‘It Can Happen To You’), a rare South African only release (‘Little Bit Of Loveliness’), and later recordings made for both Columbia Records (written and produced by Charles Blackwell, Mitch Murray and Les Reed) and President (with Cy Payne and Ivor Raymonde arranging and producing).
Add to cart 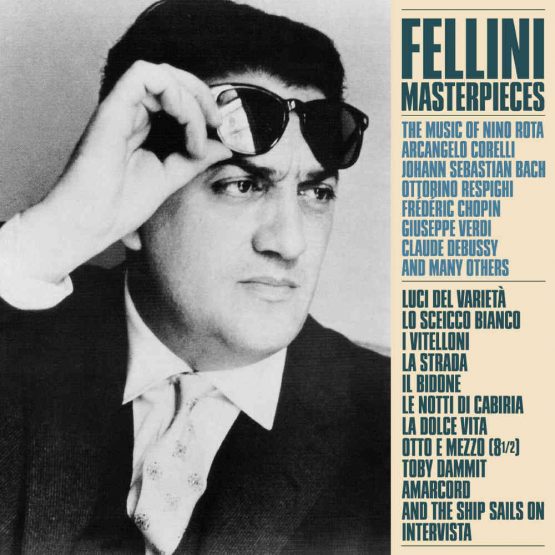 £12.99
The complete original film soundtracks of La Strada, Nights of Cabiria, La Dolce Vita and Otto E Mezzo, a suite of music from I Vitelloni and the main themes from Variety Lights, The White Sheik and Il Bidone, complemented by diegetic and non-diegetic selections from I Vitelloni, La Dolce Vita, Otto E Mezzo, the hallucinogenic Toby Dammit, Amarcord, And The Ship Sails On and Intervisa; the music of Ottorino Respighi that inspired Nino Rota's famous title music for La Dolce Vita and the Baroque work by Arcangelo Corelli.
Add to cart
Sale 31% 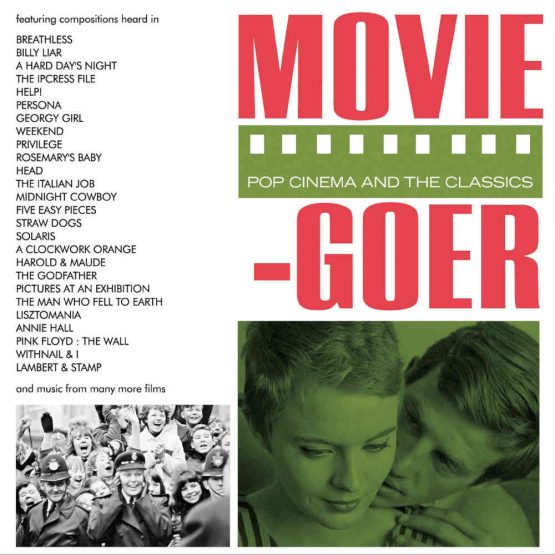 £8.99
During The Beatles' Help! Paul McCartney is miniaturised to the strains of Wagner, while in a dank Chiswick pub cellar, the singing of Beethoven's Ode to Joy saves Ringo from an escaped tiger. In Hal Ashby's black comedy Harold & Maude, Harold is obsessed by death, and likes to stage elaborate fake suicides to get the attention of his distracted mother, including an attempted drowning to Tchaikovsky's Piano Concerto No. 1. During The Godfather, the baptism sequence, interspersed with scenes of the brutal assassinations of the heads of the five families opposing the Corleones is underscored by the intensity of Bach's organ work Passacaglia in C Minor. On a lighter, note, Michael Caine's Harry Palmer during the Ipcress File chooses Mozart to cook by, a musical enthusiasm shared by Jean Seberg, immortalised by Godard in Breathless. These are but a few of the indelible scenes complemented by the classical music featured in this presentation.
Add to cart 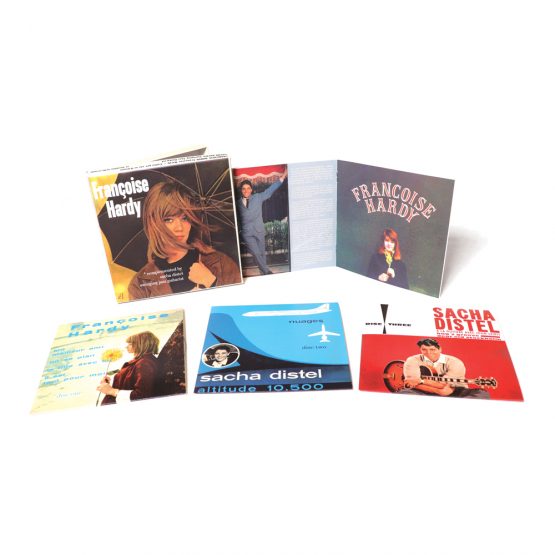 £12.99
Françoise' vital debut recordings are presented here alongside "Françoise Hardy - Canta Per Voi In Italiano” (Sings For You In Italian), and complemented by an anthology of sublime instrumental jazz sessions by her friend and contemporary, Sacha Distel
Add to cart
Sale 31% 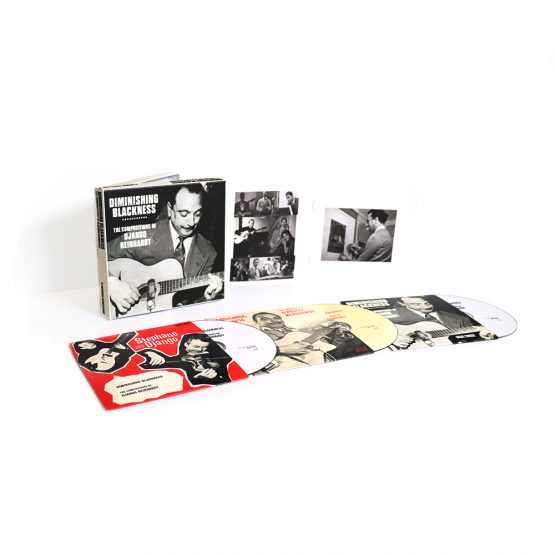 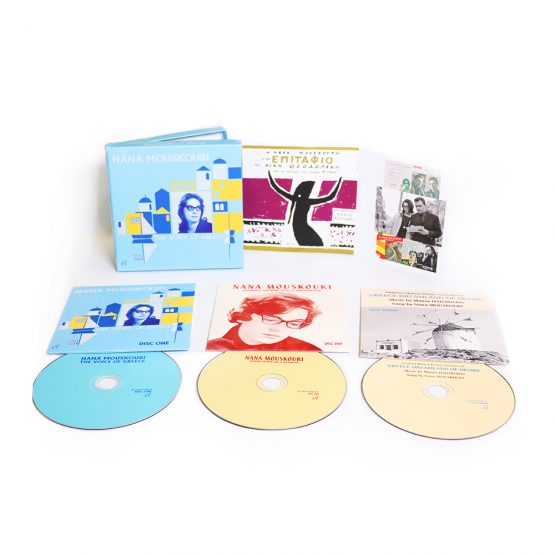 £12.99
The Voice of Greece is a 3 cd box set presentation that concentrates exclusively on recordings made in Nana's formative years in Greece.
Read more 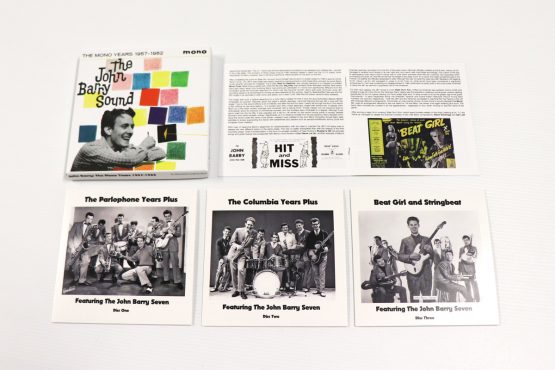 £12.99
A three CD box set released in association with Geoff Leonard, biographer and world authority on the life and work of the great British film composer, John Barry.
Add to cart
Sale 31% 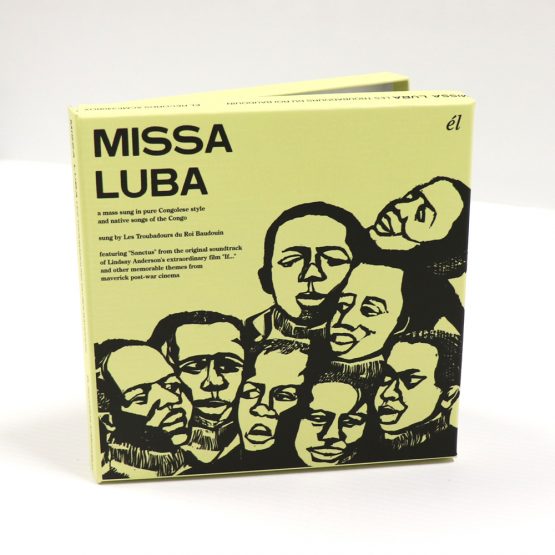 £8.99
This edition presents the Missa Luba complete in a programme which also includes the delightful Christmas in the Congo album and a selection of both children's songs and songs from Luba folklore, all performed joyfully by Father Guido Haazen's remarkable youth choir.
Add to cart 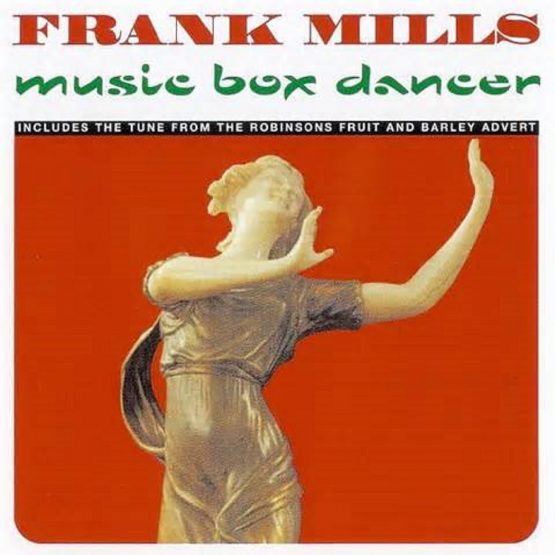 £9.95
· Most people will know the music of Frank Mills without even realising. · From the mid to late seventies Frank enjoyed phenomenal success world-wide with his trademark "lounge" music, in particular the ‘Music box Dancer’ single which has received more than two dozen gold albums, over one million radio plays not to mention the coveted Grammy nomination in 1980. · Let Frank soothe you!
Add to cart
Sale 54% 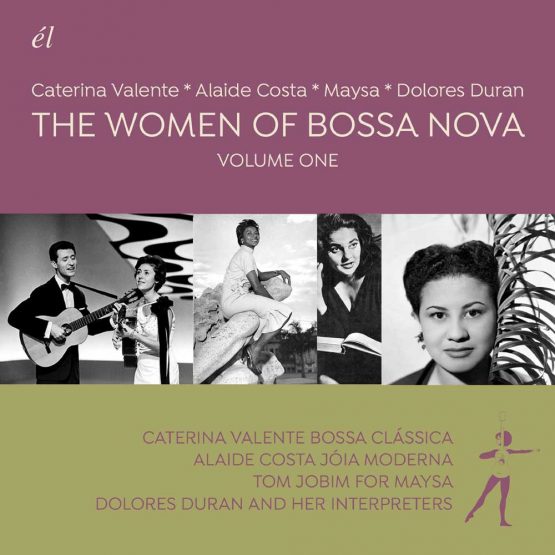 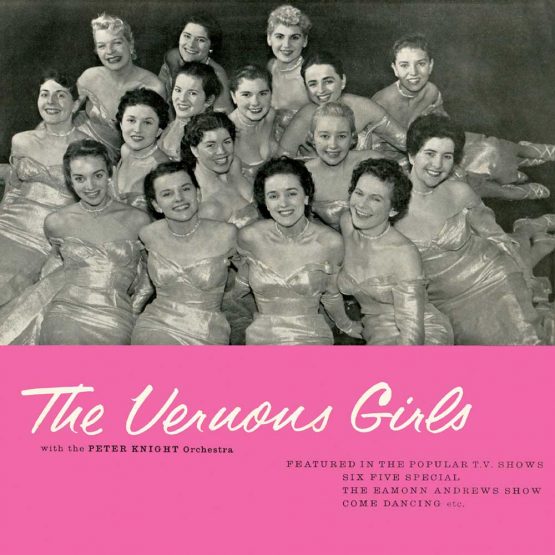 £4.99
The Vernons Girls were originally a choir that were formed as part of the social activities of the Liverpool-based Vernon's football Pools company. The company saw it as a unique form of promotion and initially sponsored the project. At first, the singers were drawn exclusively from the staff of young women who checked the public's pools coupons. In the event, demand for the girls to give public performances grew far beyond expectation. Remarkably, women would seek employment with Vernons simply as a means of breaking into show business.
Add to cart 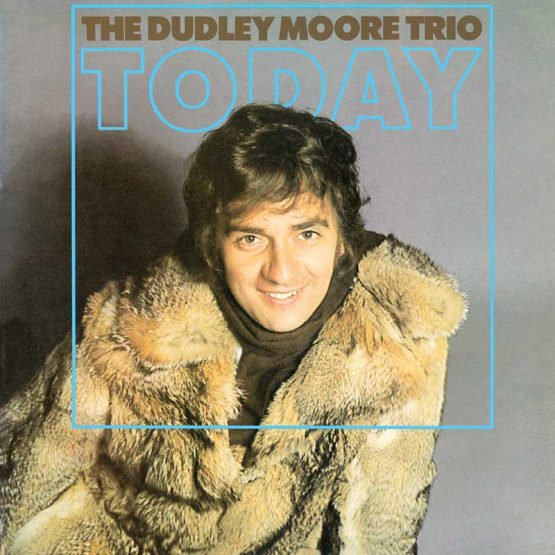 £9.95
Regardless of the brilliance of Dudley Moore's celebrated comic partnership with Peter Cook, his marriages and abundant romantic assignations, the relationship which was surely most dear to him was with music. He could pull hilarious classical pastiches - like Beethoven 'variations on Colonel Bogey', and Britten's 'Little Miss Muffett' - out of seemingly thin air. The music he wrote with such nuance in 1968 for Stanley Donen's film Bedazzled has established an incredible reputation for that score as one of the best of the decade, while the popular Dudley Moore Trio proved to be the perfect vehicle for both his compositional explorations and joyful performance skills. Dudley displayed an intimate classical knowledge and jazz was in his very soul.
Add to cart 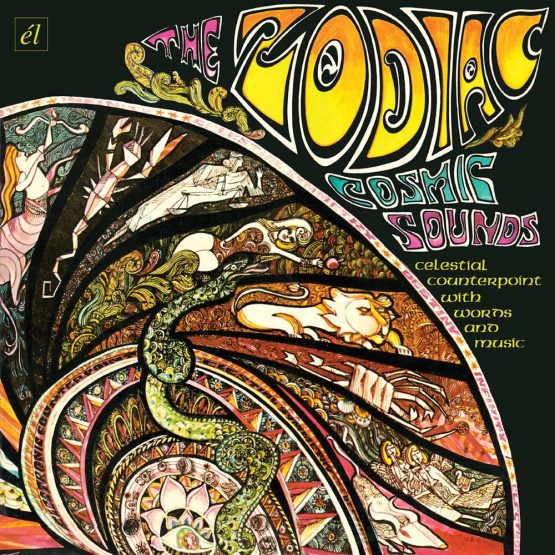 £9.95
A classic 1967 Elektra edition, conceived by label head Jac Holzman, who claimed that the success of the Doors was a primary inspiration for the project, the Zodiac's Cosmic Sounds is a concept piece based on the twelve signs of the Chaldean astronomical zodiac.
Read more 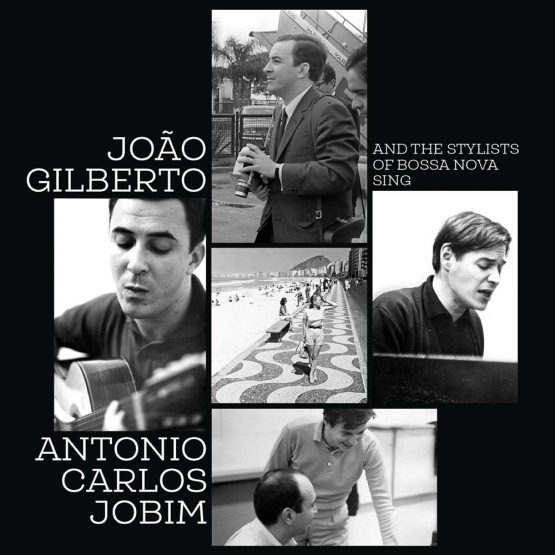 £10.95
For many, bossa nova is defined by the first three albums of Joao Gilberto and it has been said that if bossa found its Jesus in Gilberto, Its god was Antonio Carlos Jobim, a songwriting genius, who effortlessly composed much of the movement's prodigious songbook.
Read more 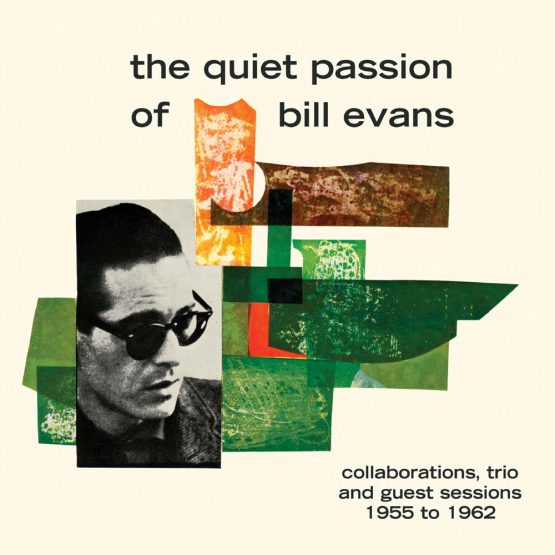 £13.99
The Quiet Passion of Bill Evans is a three-disc box set anthology of collaborations, guest sessions and classic trio recordings made during the meteoric first seven years of the career of this extraordinary, internationally renowned, pianist.
Add to cart 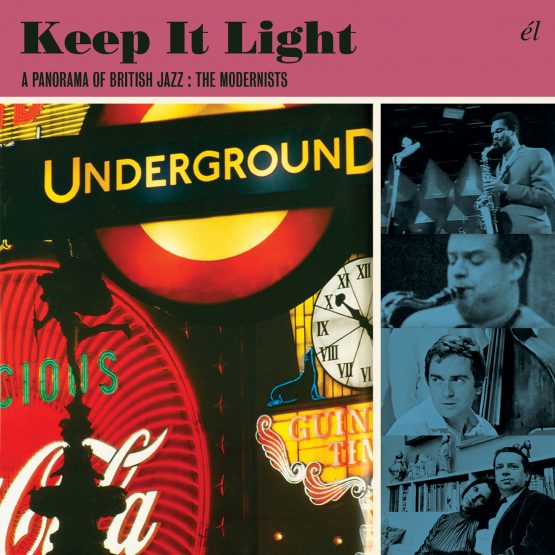 £12.99
Keep It Light is an anthology of British modern jazz spanning the decade from the mid-fifties until eclipsed by the advent of The Beatles, R&B and Beat.
Add to cart
Sale 50% 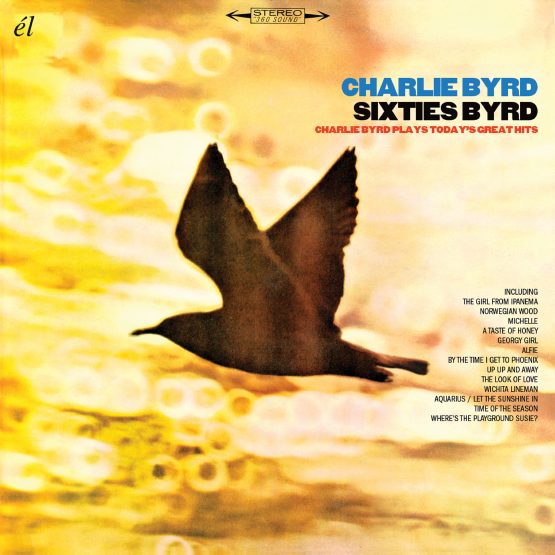 £4.99
Sixties Byrd is a compilation of recordings made through that momentous decade for Columbia by the guitarist Charlie Byrd.
Add to cart