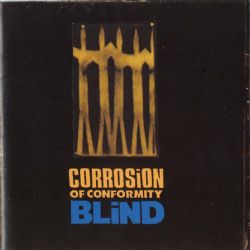 £9.95
Featuring the singles ‘Vote With A Bullet’ and ‘Dance of the Dead’, this version of BLIND by CORROSION OF CONFORMITY also features three bonus tracks, Condition A/Condition B, Future Now (an MC5 cover) and Jim Beam and the Coon Ass, which originally appeared on the b-side to ‘Vote With A Bullet’ EP. This edition includes liner notes by Classic Rock and Metal Hammer’s Malcolm Dome based on new interviews with the band’s Reed Mullin and Karl Agell, plus producer John Custer.
Read more