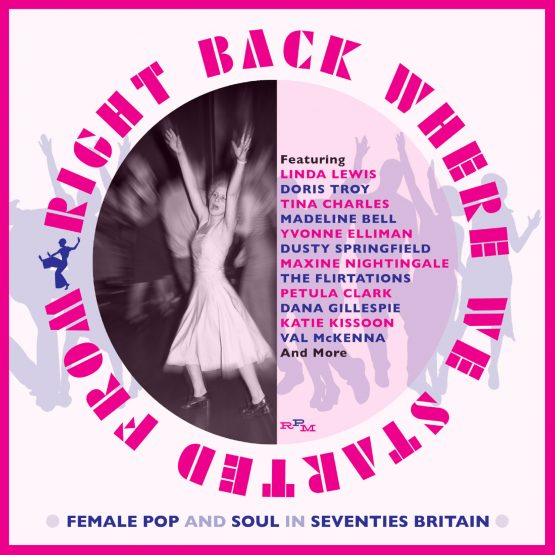 £17.99
Back in 1975, Maxine Nightingale became an overnight sensation in the UK when her latest single, ‘Right Back Where We Started From’, stormed into the Top 10. Thereafter, the track’s catchy appeal spread like wildfire across the globe, topping the charts in Canada and the US and was a massive hit in most other countries.
Add to cart 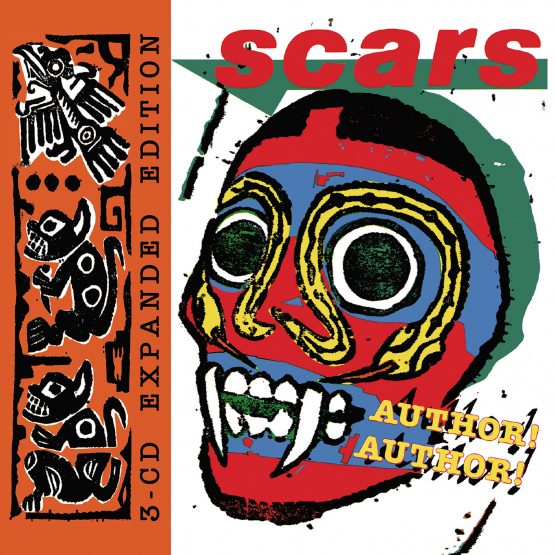 £17.99
This release is a comprehensive 3 CD set of the 1981 Scars album, “Author! Author!” plus related bonus tracks. It is the definitive collection of the band’s material.
Add to cart 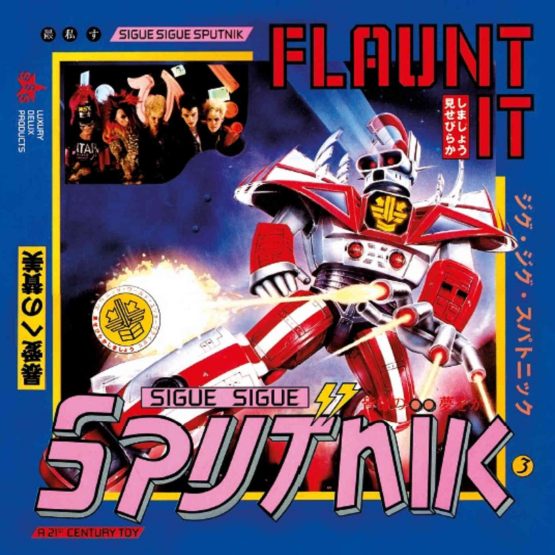 Deluxe 4CD set showcasing one of the most notable albums of the mid-1980s, and the phenomenon that surrounded it.

The Giorgio Moroder produced album, B-sides, remixes and rarities (including many never before on CD) PLUS A COMPLETE PREVIOUSLY UNRELEASED LIVE SHOW recorded at London’s Abbey Road Studios in front of an invited audience. 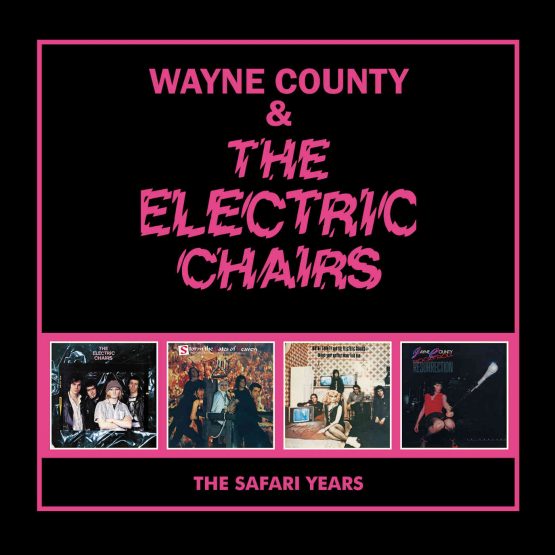 £19.99
This 57 track 4 CD capacity wallet set covers just about everything released by seminal American Punk icon Wayne County and his Electric Chairs between 1977-79.
Add to cart 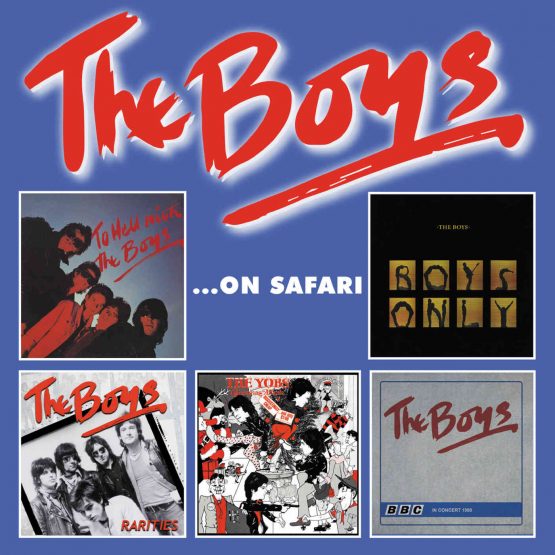 The Boys: The Boys… On Safari, 5CD Boxset
Boys (The) 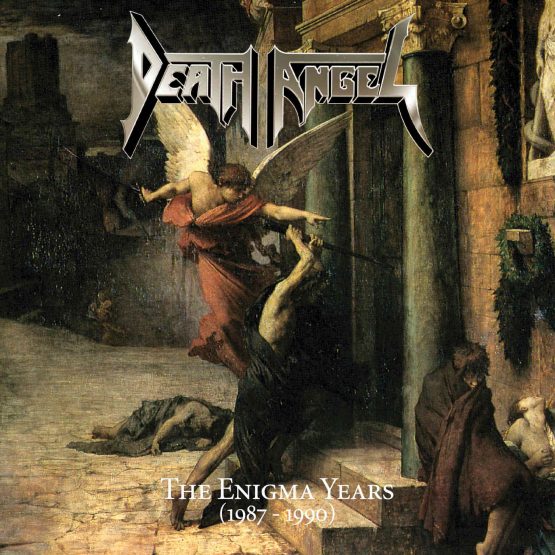 £19.99
Hailing from the same Bay Area thrash metal scene that gave us Metallica, Exodus and Testament, San Francisco's Death Angel were originally formed in 1982 by lead guitarist Rob Cavestany with cousins Dennis Pepa (bass), Gus Pepa (guitar), and Andy Galeon (drums). Joined by singer Mark Osegueda, their self-explanatory 1983 tape, "Heavy Metal Insanity" demonstrated the influence of the NWOBHM movement in the UK, such as Iron Maiden and Tygers Of Pan Tang, common with many of their American thrash metal peers.
Add to cart 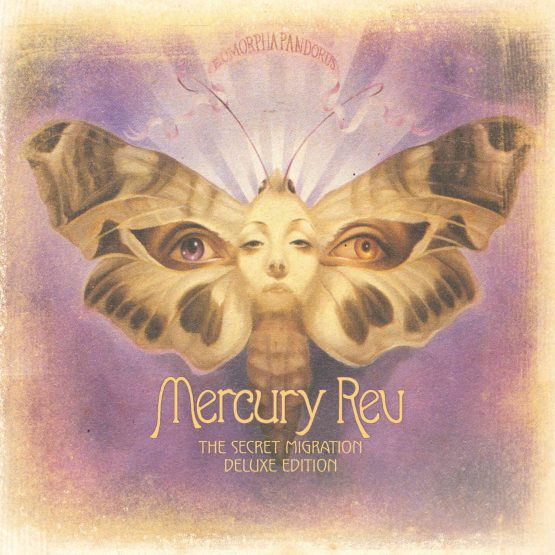 £24.99
This expanded edition of THE SECRET MIGRATION is presented as a plush, hardbook book containing original album lyrics, lots of visuals and new sleeve-notes by acclaimed author and journalist Barney Hoskyns. In addition, HELLO BLACKBIRD also receives its debut as a limited vinyl pressing!
Add to cart 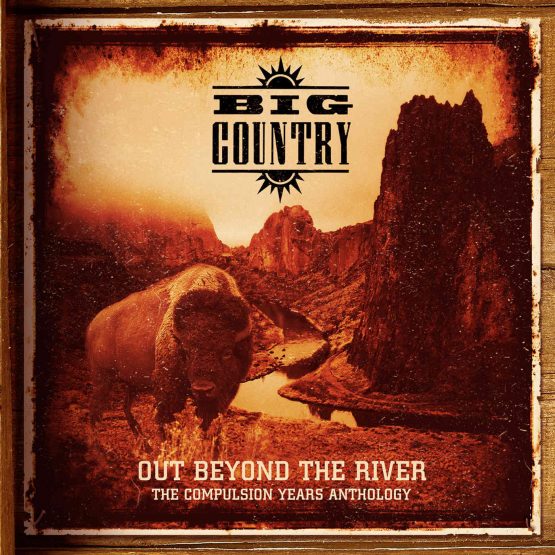 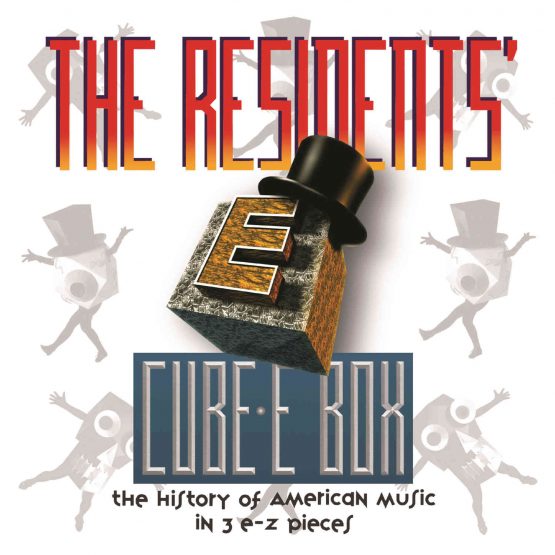 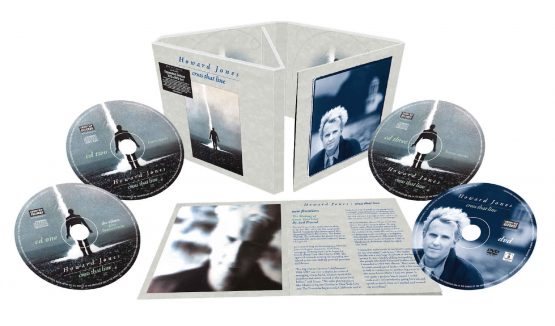 £23.99
 Packaged in a digipack with a fully illustrated 16-page booklet containing a brand new sleevenote and track by track annotation about Cross That Line by Howard Jones as told to acclaimed writer Anil Prasad.  Featuring an expanded selection of previously unreleased studio versions and remixes plus newly remastered tracks.  Includes a DVD (NTSC/Region Free) containing a brand new interview with Howard Jones from May 2020 discussing Creating the Cross That Line album, a Track By Track Commentary as well as Promotional Videos.
Add to cart 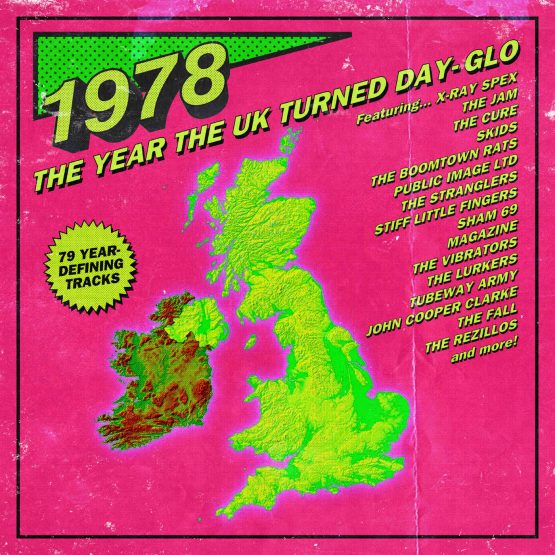 £17.99
Housed in a capacity wallet, 1978: The Year The UK Turned Day-Glo includes a 48-page booklet that includes the lowdown on every track. Loaded with vim and vigour, it’s another essential purchase for anyone with even a passing interest in the British music scene of the late Seventies.
Add to cart 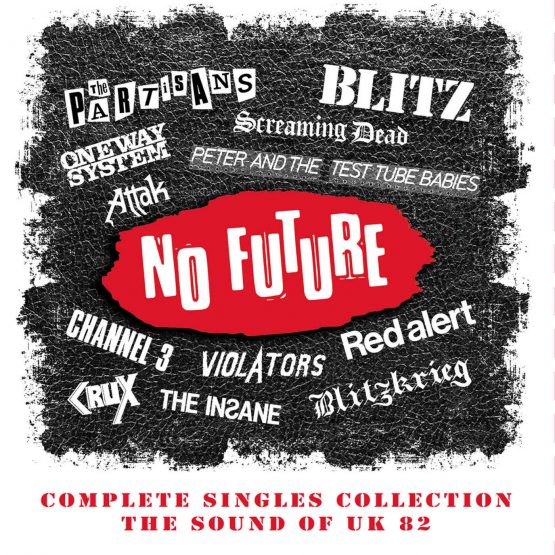 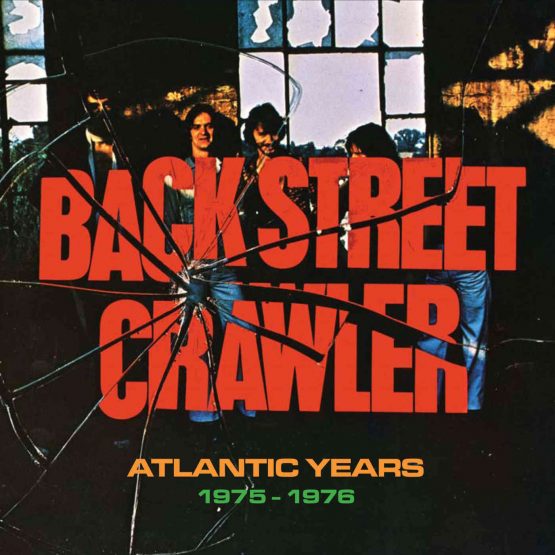 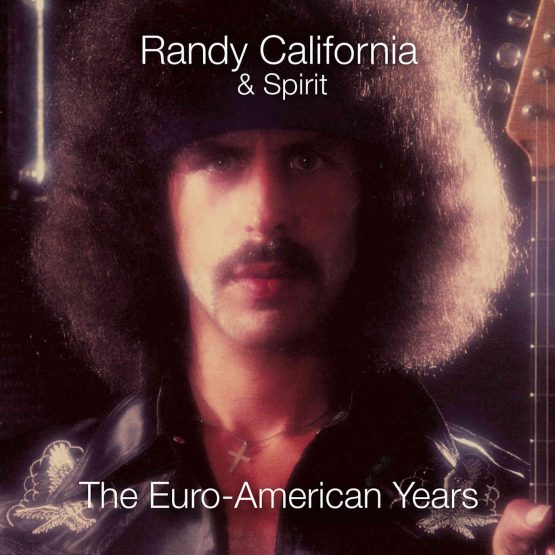 £29.99
***LIMITED EDITION POSTCARD AVAILABLE WITH PRE ORDERS WHILE STOCKS LAST**** Esoteric Recordings is pleased to announce the release of an expanded 6 CD clamshell boxed set of “THE EURO AMERICAN YEARS” by RANDY CALIFORNIA and SPIRIT. The set that gathers together studio and live recordings made between 1979 and 1983 by the RANDY CALIFORNIA BAND and additional live recordings by SPIRIT. 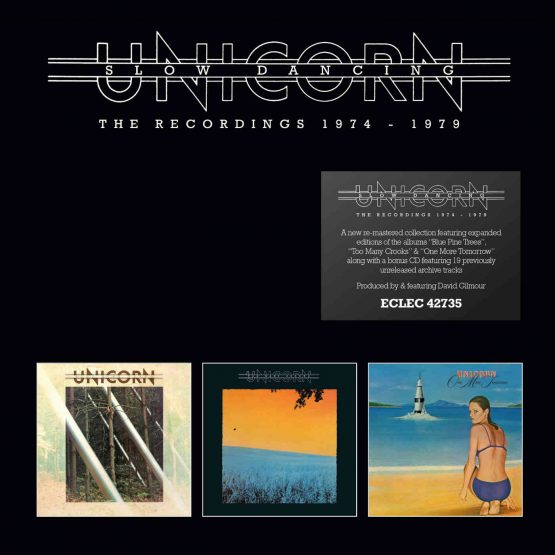 £23.99
**SIGNED POSTCARD AVAILABLE WITH PRE-ORDERS WHILE STOCKS LAST** Esoteric Recordings is pleased to announce the release of a new 4 CD clamshell boxed set that gathers together three albums and an additional disc of previously unreleased archive material by the legendary British band UNICORN: “SLOW DANCING – THE RECORDINGS 1974 - 1979”. 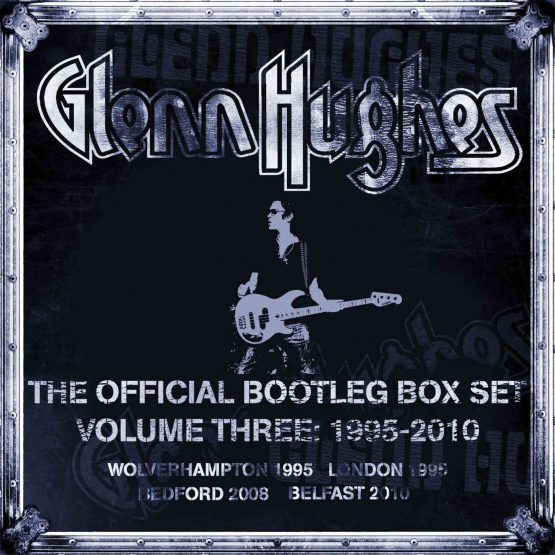 £23.99
He has been quite rightly hailed as “The Voice Of Rock”, as this 6 CD live box set ably testifies. With vocals soaked in blues and soul, Glenn Hughes has fronted many legendary rock acts, including Deep Purple, Black Sabbath, Hughes-Thrall, Trapeze and Black Country Communion.
Read more 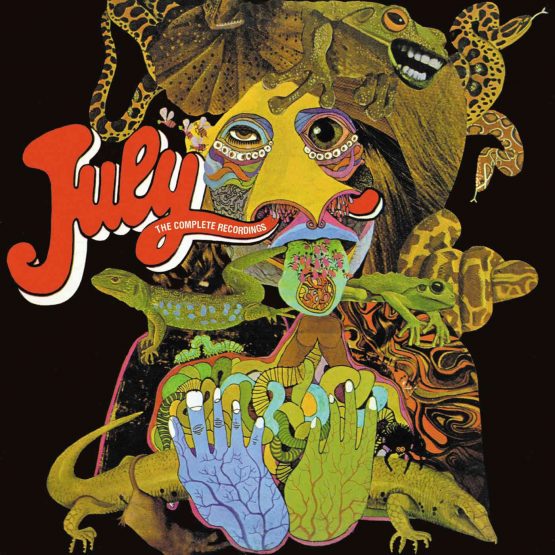 £24.99
Released by the Major Minor label in 1968, the self-titled July album has long been acknowledged by genre enthusiasts as one of the classic UK psychedelic one-shots, mixing the ambition and experimentation of “Sgt. Pepper” with a lo-fi charm and endearing garage band artlessness.
Add to cart 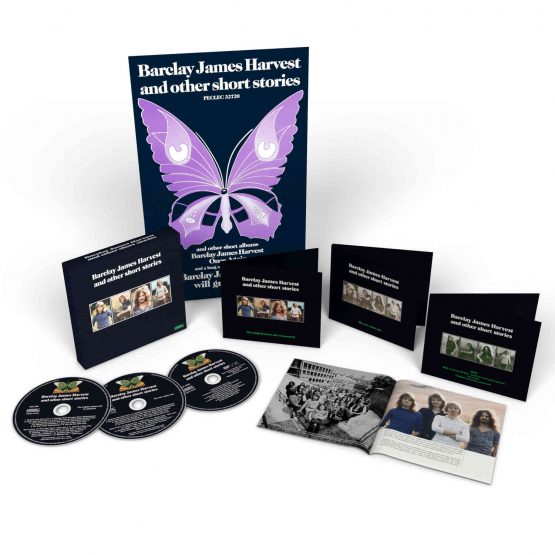 £19.99
**LIMITED EDITION POSTCARD AVAILABLE WITH PRE ORDERS WHILE STOCKS LAST** This expanded edition of “…Other Short Stories” comprises 40 tracks and features the original UK stereo mix re-mastered from the original master tapes and also includes a new stereo mix on a second CD and a high resolution 5.1 Surround Sound mix, new stereo mix and original stereo mix on an NTSTC / Region free DVD, all from the original Harvest masters. In addition there are three rare US album versions of ‘Medicine Man’, ‘Harry’s Song’ and ‘Someone There You Know’, along with five BBC Radio session tracks from July 1971 and March 1972, along with two rare John Lees demo recordings from 1971 and three mono reduction mixes made at Abbey Road studios in July 1971. 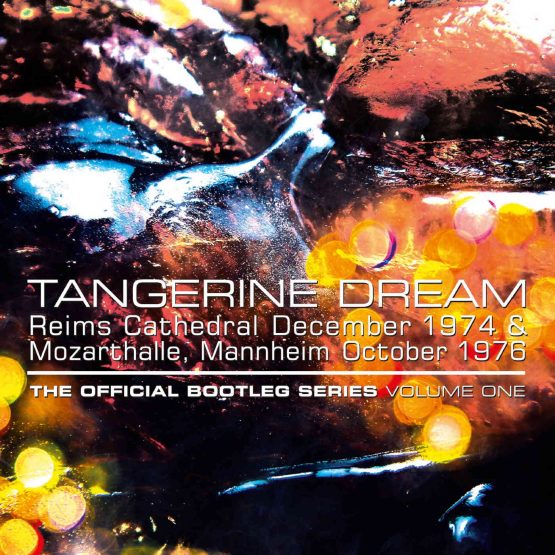 £24.99
Featuring recordings made at Reims Cathedral, France in December 1974 and at the Mozarthalle, Mannheim, West Germany in October 1976, this 4 CD set (with over four hours of music) has been compiled with the official approval of Tangerine Dream and features two concerts that were voted as some of the finest bootlegs in existence in a recent poll of fans.
Add to cart 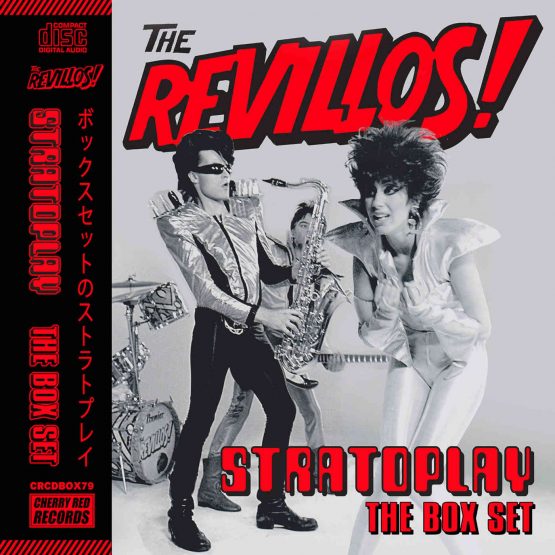 The Revillos: Stratoplay – The Box Set, 6CD Boxset
Revillos (The)

£24.99
After Scotland’s finest punk hit combo The Rezillos splintered at the end of 1978, singers Fay Fife and Eugene Reynolds continued their mission for melding kitsch 60s pop with new wave energy via their new band THE REVILLOS!
Add to cart 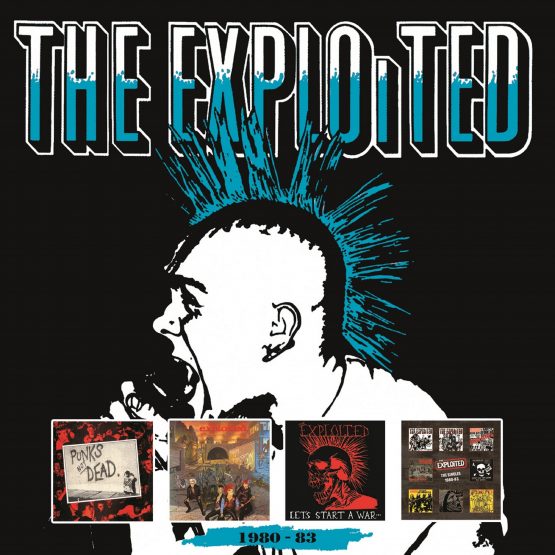 £13.95
RE-PRESS: CD ORIGINALLY RELEASED IN 2015 . • Value for money 4 CD 62 track Box Set from one of the Punk scene’s biggest and most successful bands, The Exploited
Add to cart