20 Years In A Montana Missile Silo follows their 2015 release Carnival of Souls, which was widely praised by the media and used by cult series ‘American Horror Story’ in Season 4.

David Thomas: “The new album is The James Gang teaming up with Tangerine Dream. The Chinese Whispers methodology we worked on the last two albums has been replaced by the Dark Room. Put musicians in a lightless room and by feeling one small section of an unknown object have them figure what it must be.”

The album was recorded and mixed at Suma, Painesville Ohio. Engineer Paul Hamann, and his father before him, have been part of almost every Pere Ubu album since 1976.

Pere Ubu will be on tour with the new album later this year in the USA, with a full European tour and further USA dates in 2018. 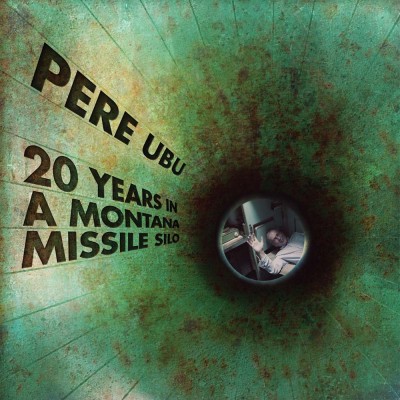 PRE-ORDER 20 YEARS IN A MONTANA MISSILE SILO ON CD

Catch the ban on tour this winter…

Posted by Jack Clough / 136
Recently announced from the world of Dissonance Productions – new music from Seven Sisters and Toledo Steel is on the way and you listen to brand... Continue reading

Posted by Jack Clough / 1123
August is shaping up to be a huge month here at Cherry Red! With releases and reissues from Kim Wilde, Jim Bob, The Vapors, Aztec... Continue reading