NEW RELEASE | Take a look inside the Strangers In The Room Boxset, a journey through British Folk Rock ’67 – ’73 from Grapefruit Records

Happy Friday! Today we take a look into the wonderful world that is British Folk Rock from the 60’s and 70’s.  Delve into the latest box set from Grapefruit Records, Strangers In The Room out March 29th.

It’s now half-a-century since British folk rock became A Thing, with the early practitioners breaking new ground and inspiring an entire scene that peaked in the late Sixties/early Seventies.

Earnest young post-Dylan singer/songwriters moved away from the intimacy of the folk clubs in favour of the nascent college/university circuit. Countercultural iconoclasts The Incredible String Band became a seismic influence on a whole raft of bands now categorised as acid-folk, Pentangle’s use of acoustic instrumentation within a nominally rock framework attracted many emulators (though arguably no real equals), while Fairport Convention graduated from their initial American West Coast- indebted sound to explore their own country’s musical heritage, thus establishing the concept of indigenous English folk rock (a baton that would be picked up by the likes of Ashley Hutchings’ post- Fairport venture Steeleye Span and many others).

Housed in a clamshell box featuring a lavish forty-page booklet, Strangers In The Room documents that hugely fertile period, when everything was grist to the mill in what quickly became a glorious stylistic melting pot.

As with other Grapefruit genre anthologies, the set features many of the scene’s prime movers while taking a broader look at the overall picture with the inclusion of several acts who ploughed a similar musical furrow without the same level of acclaim. These include Hertfordshire-based group Lifeblud, who supported many of the leading bands of the era and recorded no less than three albums of original material (none of which made it past acetate stage), and university student Jeremy Harmer, who cut a privately-pressed album that inspired his friend and second guitarist David Costa to put together Trees.

Ranging in scope from seminal UK folk rock texts and chart-topping singles to lo-fi demo recordings, and featuring a number of previously unreleased tracks from the disparate likes of Gerry Rafferty and cult favourites Fresh Maggots, Strangers In The Room pays thrilling testimony to the depth of talent that existed within the British and Irish folk rock scene during the period in question, and whose influence still reverberates some fifty years later. 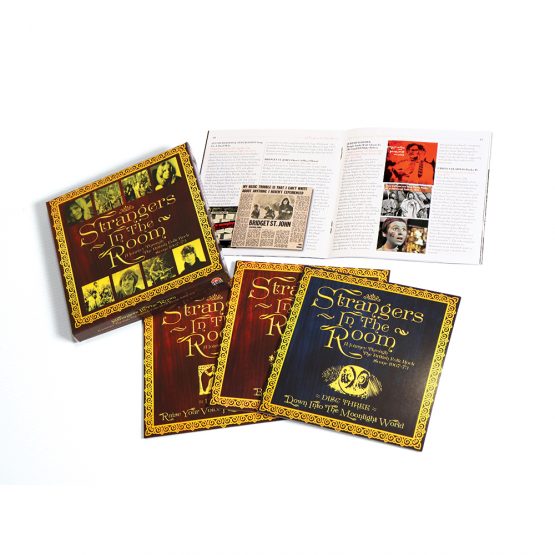 Posted by Jack Clough / 1004
August is shaping up to be a huge month here at Cherry Red! With releases and reissues from Kim Wilde, Jim Bob, The Vapors, Aztec... Continue reading

Posted by Jack Clough / 303
We’ve got a trio of Reggae classics out this week from Doctor Bird Records!  There is music from Derrick Harriot, The Silvertones, and more available... Continue reading