A brand new compilation from Grapefruit Records – ‘Riding The Rock Machine: British Seventies Classic Rock Scene‘, plus new boxsets from The Loft and The Outsiders. Check it all out below…

• Long-established as a hugely popular radio format, the Classic Rock sound was established – though not codified and canonised until some while later – in the Seventies, when numerous British bands from a pop or blues-based background pioneered a muscular, riff-based sound that dominated American FM airwaves and led the most successful practitioners to fame, fortune and all manner of related excess.

• But although there are innumerable radio stations now devoted to the baby boomer sounds of Classic Rock, their innately conservative, playlist-based nature means that the same heavyweight tunes are endlessly recycled: the casual listener could be forgiven for thinking that the careers of major bands like Thin Lizzy and The Who didn’t extend beyond ‘Whiskey In The Jar’, ‘The Boys Are Back In Town’ and ‘Won’t Get Fooled Again’.

• So allow the Grapefruit label to break down the walls of stultifying retroactive conservatism with an alternative look at the Classic Rock genre. Riding The Rock Machine features many of the era’s headline names (Lizzy and The ‘Oo, but also The Moody Blues, Free, Status Quo, Jethro Tull, Procol Harum, ELP, ELO, Uriah Heep etc) in slightly less familiar settings as well as some Classic Rock-friendly performances from acts who walked the walk and talked the talk but never quite received the same level of acclaim as the brand leaders.

• Housed in a no-expense-spared clamshell box with a lavishly annotated and illustrated 40-page booklet, Riding The Rock Machine features four hours of vintage sounds from British rock’s golden age as Grapefruit turns it up to eleven and goes where other labels fear to tread in search of the perfect riff. As our opening track proclaims, Long Live Rock’n’Roll! 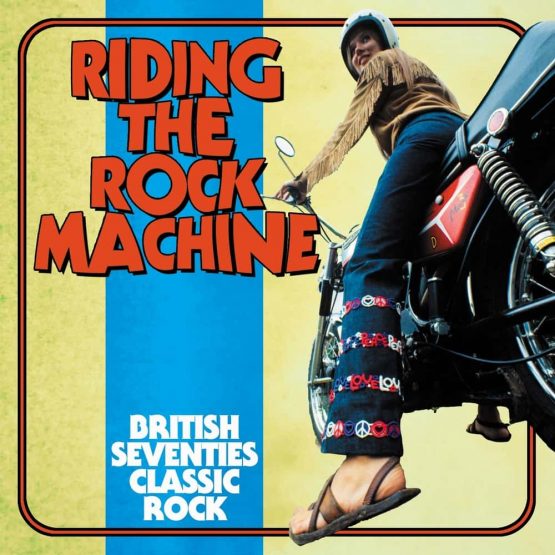 • Among the first crop of Creation Records bands in the mid-1980s, THE LOFT seemed the most likely to break through. Following the success of The Smiths, guitar-based independent pop was in vogue, Alan McGee’s Creation label was turning heads – its bands blending 60s psychedelia, the melodic end of punk and a new sound which would soon be immortalised on NME’s C86 cassette. And in this London quartet, Creation had their answer to bands like Television, The Only Ones or early Modern Lovers, offering taut, off-kilter songs with an irresistibly deadpan cool.

• Sadly, after just two singles, 1984’s downbeat debut ‘Why Does The Rain’ and the punchier sequel, ‘Up The Hill And Down The Slope’ – an indie hit which the band performed live on TV show The Oxford Road Show, The Loft dissolved, with various members founding new bands The Weather Prophets, The Caretaker Race and The Wishing Stones. They left behind seven studio tracks, a BBC Radio 1 session for Janice Long and one track from a Creation LP documenting the scene’s roots in small club The Living Room.

• However, The Loft’s legend endured, eventually prompting a reunion in the early 2000s with all four original members – singer/songwriter/guitarist Pete Astor, guitarist Andy Strickland, bassist Bill Prince and drummer Dave Morgan. Alongside various well-received live shows, that led to a new single, ‘Model Village’ (2006) and more recently a session for Gideon Coe on BBC 6 Music (2015). The Loft’s reputation as founding fathers of a new breed of mid-80s indie pop continues to grow to this day, with the band often cited as an influence.

• Compiled and coordinated by the band, Ghost Trains & Country Lanes expands on previous retrospectives of The Loft, adding those reunion recordings (including three previously unissued tracks), the Gideon Coe session and several live recordings from that historic performance at The Living Room back in 1984. (including many exclusive songs which were never recorded in the studio).

• With new sleeve-notes by Danny Kelly, this is the definite tribute to The Loft. And with the release on 20 March of Creation Stories, the film adaptation of Alan McGee’s autobiography, the timing couldn’t be better. 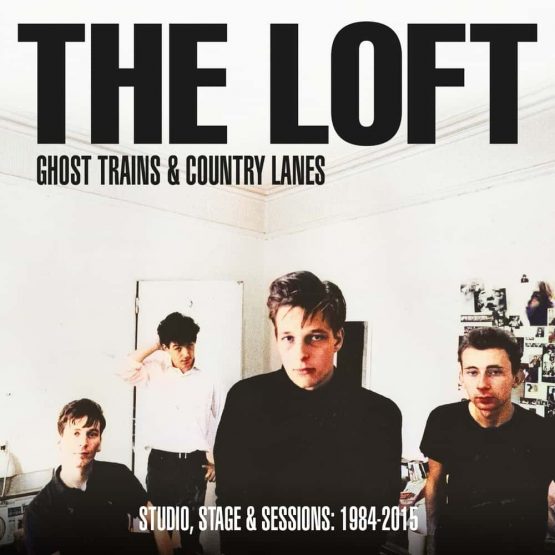 Formed whilst still at school in late 1974, The Outsiders charted their own unlikely path through the tumultuous punk era, releasing one of the very first independent ‘punk’ albums in the process and dividing opinion with their contribution to the new musical revolution. Aided and backed by front man Adrian Borland’s father, the band produced material in an adventurous range of styles (somehow becoming ‘post-punk’ during the original wave), recorded in their own private studio and released material on their own Raw Edge label. Borland and co-founder Adrian Janes, whilst tapping into punk’s energy, explored songwriting which dug deeper than much of whatever else was happening at the time, simultaneously youthful, reflective and knowing.

Produced in association with founder and co-writer Adrian Janes, ‘Count For Something’ charts a recording career lasting less than two years and which segued into Adrian Borland’s next project, The Sound. Janes’ remembrances, song-by-song recollections and in-depth recording information make for a unique insider’s view of The Outsiders’ experience, accompanied by a plethora of recently unearthed songs, demos and live material.

Long overdue reappraisal and acknowledgement, The Outsiders approached the punk boom with gusto. Adventurous, unrestrained and somewhat eccentric, this was a young band feeding off of the atmosphere around them and transforming it into their own suburban take on that place and time. A must for punk and alternative rock collectors, fans of Adrian Borland and those with an interest in home-recording and the independent spirit. 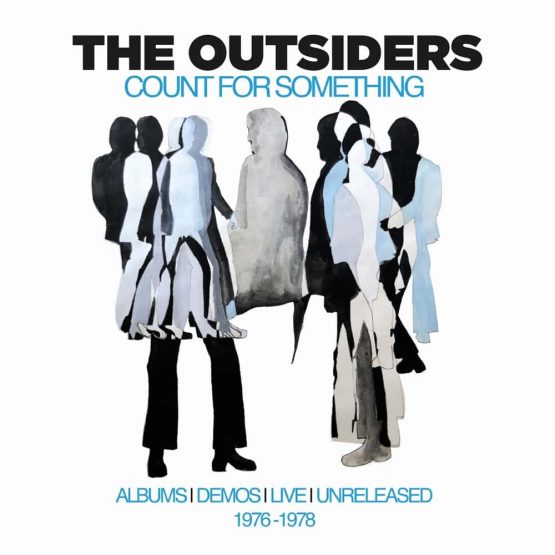 Stream and follow our Hidden Gems playlist on Spotify!

Posted by Jack Clough / 54
Edem Ephraim and Dennis Fuller, both true Londoners from the east end, were christened The London Boys in 1986. Discovered whilst working as dancers in... Continue reading

Posted by Jack Clough / 820
Just landed on our website and available to pre-order now – essential reissues and boxsets from the likes of Level 42, London Boys, Iggy &... Continue reading

Posted by Jack Clough / 326
Cherry Red Radio goes 24/7! You can now tune in to this round-the-clock broadcast of our much-loved radio show playing the best in Rock, Indie,... Continue reading