We use cookies to ensure that we give you the best experience on our website. Click OK to accept and continue shopping, or find out more in our cookie policy...OKRead More
Return to previous page
Home 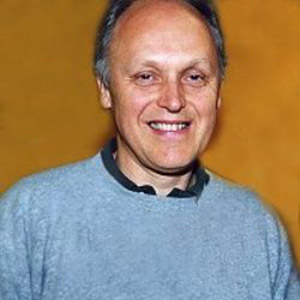 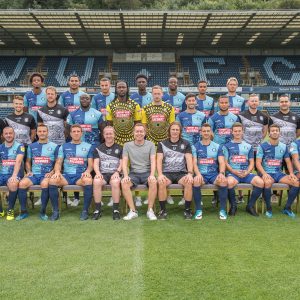 Best Gig or Festival Ever
Too many to choose from 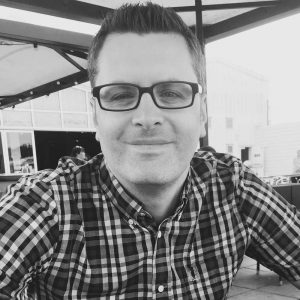 Best Gig or Festival Ever
The Charlatans – Wolverhampton Civic Hall – 1991 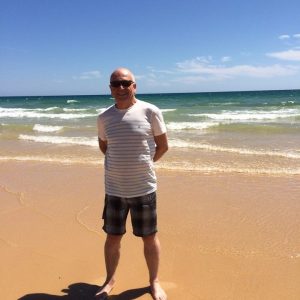 Top 5 Albums of All Time
Ohio Players – Contradiction
Lonnie Liston Smith – Expansions
Herbie Hancock – Man-Child
Parliament – Mothership Connection
The Beach Boys – Surfs Up
…will all change tomorrow as like being asked to pick your favourite child!

Top 5 Films or Box Sets Of All Time
Not keen on Films, but have seen a few recently Miles Ahead, Love & Mercy, Straight Outta Compton. Old one – Mary Poppins.

Best Gig or Festival Ever
The one that stands out is Earth Wind & Fire at Wembley in the 70s, also Lenny Williams in Las Vegas, me and my friend were the only white faces in the audience. 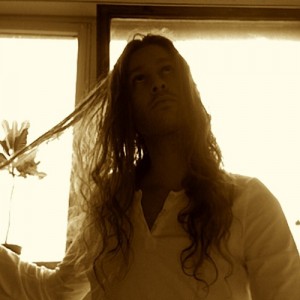 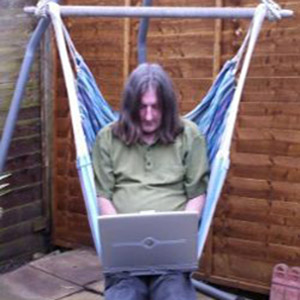 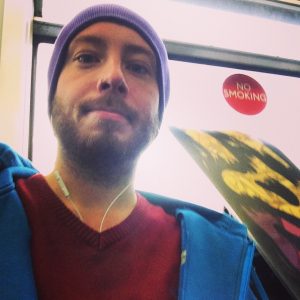 Top 5 Albums of All Time

Top 5 Films or Box Sets Of All Time

Top 5 Books of All Time

The Game: Undercover in the secret society of pickup artists – Neil Strauss
The Dirt: Confessions of the World’s Most Notorious Rock Band – Neil Strauss
Live at the Brixton Academy: A Riotous Life in the Music Business – Simon Parkes
NOFX: The Hepatitis Bathtub and Other Stories – NOFX
Anarchy Evolution: Faith, Science, and Bad Religion in a World Without God – Greg Graffin

Best Gig or Festival Ever
Dolly Parton at Glastonbury 2014 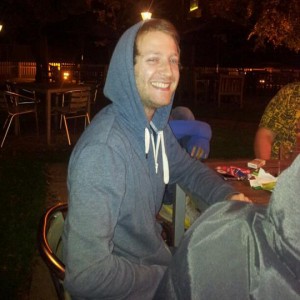 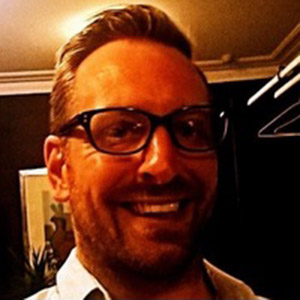 Mostly Recently Listening To…
A recent urge to revisit Trip Hop finds me shuffling along to the likes of Tricky, Massive Attack and Portishead.
Also listening to a lot of Nick Cave, Steve Mason/Beta Band and The Brian Jonestown Massacre. Plus the usual daily dose of Classsic Soul and pounding Electronica

Most Recently Reading…
The Sick Bag Song by Nick Cave

Most Recently Cheering On…
Adam Velasco – the triple winning champion of the Cherry Red Darts Tournament (only after I am knocked out of course). 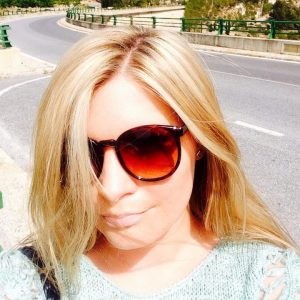 Best Sporting Event Ever
My first baseball game at the Rogers Centre in Toronto (2017) – Bluejays vs Yankees! 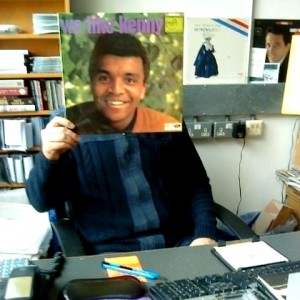 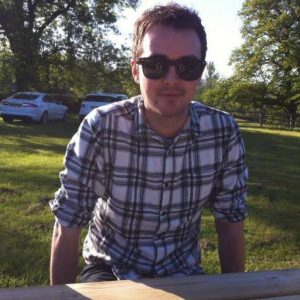 Bands/Artists:
The Streets
Queens Of The Stone Age
Foals
The Chemical Brothers
Deftones 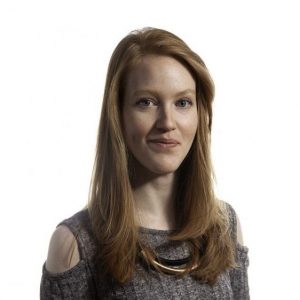 Top 5 Books of All Time
There are so many… I am ignoring all the series I love…
Good Omens – Terry Pratchett & Neil Gaimen
Mort (or to be honest, ANY of the discworld series) – Terry Pratchett
Shakespeare on Toast – Ben Crystal
The Never Ending Pudding (my 5 year old self LOVED this book, and I still have my copy)
Nuns & Werewolves – Gary Austin 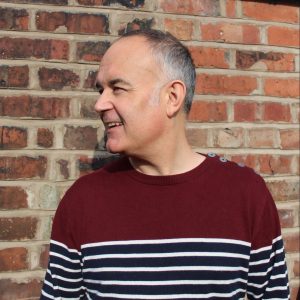 Top 5 Albums Of All Time
The Pretty Things ‘S.F. Sorrow’
Curtis Mayfield ‘Curtis’
Public Enemy ‘It Takes A Nation Of Millions To Hold Us Back’
The Stone Roses ‘The Stone Roses’
The Who ‘Sell Out’ 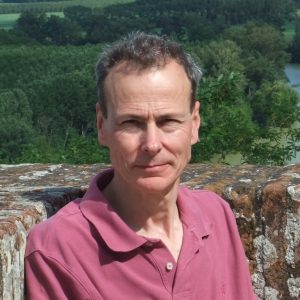 Best Gig or Festival Ever
Eddie & The Hot Rods, The Marquee Club, August 1977 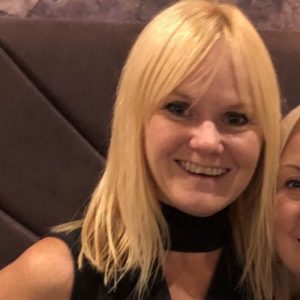 Best Gig or Festival Ever
Far too many brilliant gigs to pick one but a few stand out ones are:
Isle of Wight festival 2004
Paul Weller – Paradiso Amsterdam 2001
Boscombe Opera House 2008
Ashcroft – Brixton Academy 2003 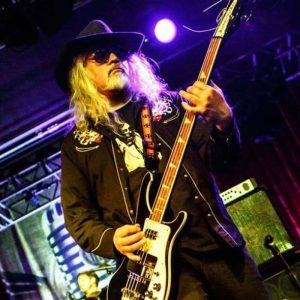 Best Sporting Event Ever
What’s a sporting event? Darts? Beach Volley Ball? I might feel differently if I owned a stadium. 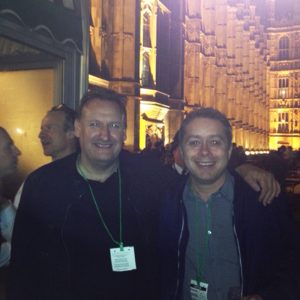 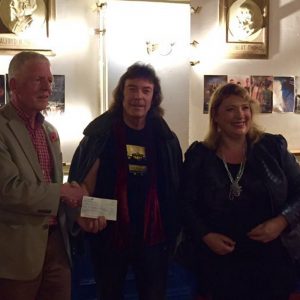 Best Sporting Event
Mmm —I struggle with this as don’t go to many! London Olympics 2012 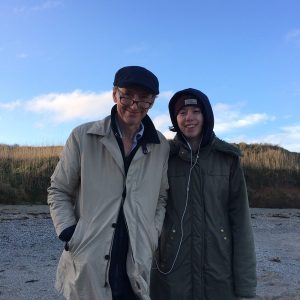 Top 5 Books of All Time
My Last Breath (Luis Bunuel)
Fake! (Clifford Irving)
The Shock of the New: Art and the Century of Change (Robert Hughes)
An Orderly Man (Dirk Bogarde)
Owning Up (George Melly) 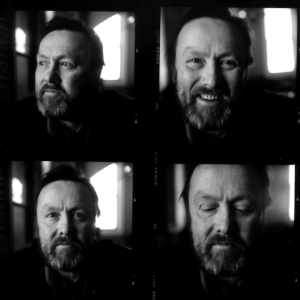 Top 5 Albums of All Time
Notorious Byrd Brothers by The Byrds
This one saw me through school along with the Burritos’ ‘Gilded Palace Of Sin’, not much pedal steel in Carlisle but plenty of power cuts.

A Wizard A True Star by Todd Rundgren
This was art college in Carlisle, a proper mind blower, stolen from ET Roberts when the disc was left in the sleeve which made it even better.

Here Come The Warm Jets by Brian Eno
Unbelievable wonky pop from a bald bloke, I have a lot of Eno, as long as he doesn’t pontificate he’s great and his four “pop” things are all great.

Entertainment by Gang Of Four
I lived in London in the late ‘70s, it was endless live gigs, so a tough decision between this and The Fall’s ’Live At the Witch Trials’.

Lightbulbs by Fujiya & Miyagi
I like a lot of new bands, I’m a devotee to this lot and Syd Arthur, Parquet Courts, Jim James, John Grant, The Big Moon, The Sundowners, Pictish Trail, it never ends.

Top 5 Films or Box Sets Of All Time
Apocalypse Now
And the documentary of the making of it is nothing short of awesome – heart attacks, monsoons, arguments and all round bad behavior.

The Big Lebowski
A life-affirming epic with exceptional dialogue that’s even sweeter when reduced to just the swearing on Youtube.

Delicatessen
Another French film but a classic of rhythm, slapstick and terror – like a night out with Slipknot. Seen on my first date with my long suffering wife.

The Royal Tenenbaums
I like all of Wes Anderson’s films, they all stand up to repeated viewing and the music is always spot on – this is the best in my view, although Grand Budapest Hotel and Darjeeling Limited are classic too.

Top 5 Books of All Time
Ubik by Philip K Dick
I’ve read endless PKD, this is my favourite, a desperate lunge at reality that’s fast evaporating.

Breakfast Of Champions by Kurt Vonnegut Jr
Again, read everything he ever did, his madness underpins everything he pens. Along with Tom Robbins, a true American legend of the surreal and a hopeless romantic.

Walking To New York by Will Self
All of his books are challenging but rewarding, this is a super real slice of surrealism but it could have been Dorian, Umbrella or The Book Of Dave.

All Families Are Psychotic by Douglas Coupland
Coupland is on my list with William Gibson, Bret Easton Ellis, Chuck Palahnuik, Dave Eggers, Will Self and Jake Arnott – none to be missed when they get around to writing something.

The Hawkline Monster: A Gothic Western by Richard Brautigan
I bought Trout Fishing at a boot sale for 50p and have read every novel he did, he was so out there he’s coming back the other way – like a comic book without pictures.

Best Gig or Festival Ever
Jane’s Addiction on the first Lollapalooza tour
I was lucky enough to be there with Nine Inch Nails and Living Color, but Jane’s live was just unbelievable, it was like watching a play in the theatre that went mad.

Best Sporting Event Ever
Tour De France – forget the drugs, it’s just unmissable every year, that and the Six Nations are essential viewing live or on TV. 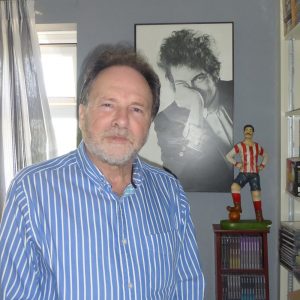 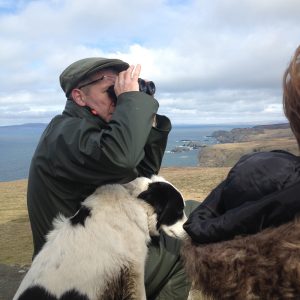 Best Gig
The Unleashing Of Bow Wow Wow – The Rainbow 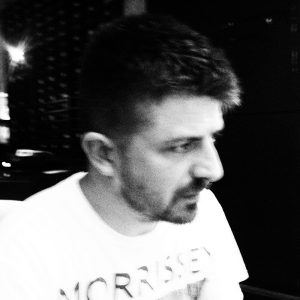 Best Gig or Festival Ever
Eartha Kitt at The Pigalle Club, London (2008) 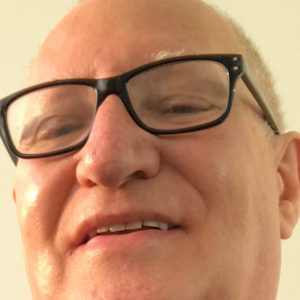 Top 5 Books Of All Time
The Secret
Lady Sings The Blues/Billie Holiday’s Autobiography
The Soulful Divas (My Own Book!)
The Prophet
Shambhala: The Sacred Path Of The Warrior

Best Sporting Event Ever
I Don’t Do Sports!!!