Originally released in 1974, “McGear” was the second solo album by Mike McGear (McCartney) and was a more “serious” record than his work with the Liverpool satirical trio Scaffold, or his work with Roger McGough on the “McGough & McGear” album. Here’s what to expect… 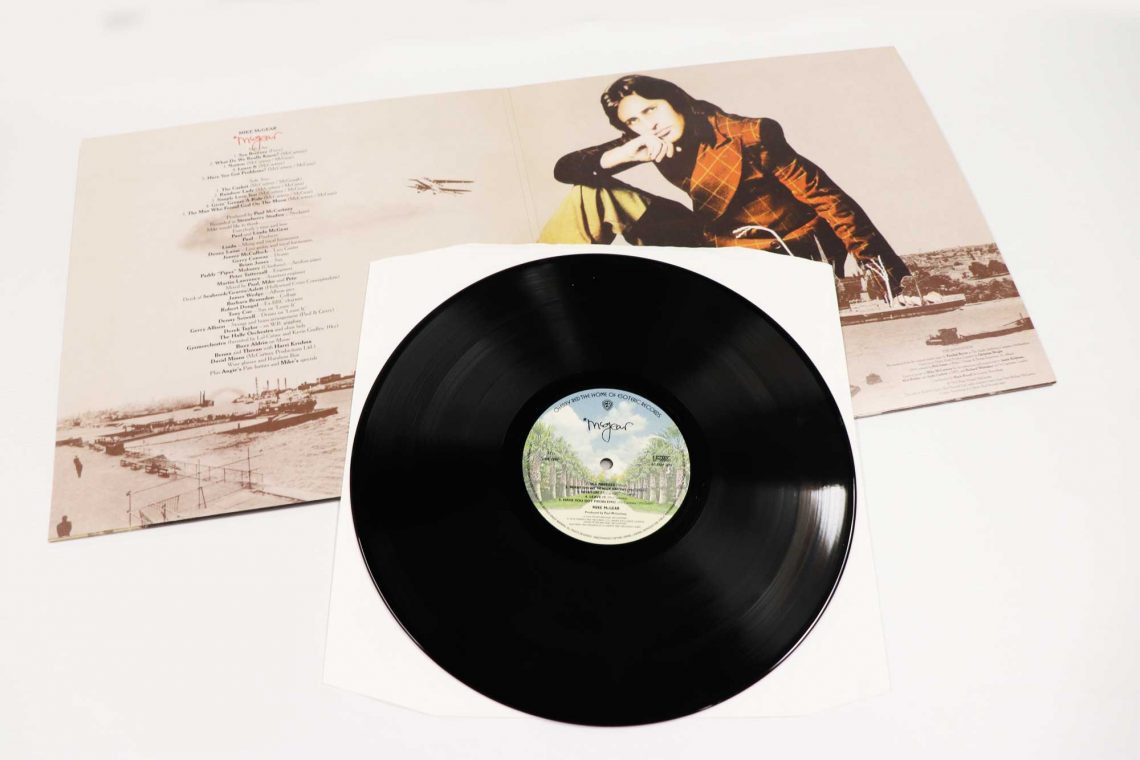 Recorded at Strawberry studios in Stockport, (the musical home of the band 10cc), the album was produced by PAUL McCARTNEY (who also played on the album and co-wrote most of the material with Mike) and featured LINDA McCARTNEY and members of WINGS, along with guests such as PADDY (“Pipes”) MOLONEY of The Chieftains. The album featured a selection of tremendous songs such as ‘Rainbow Lady’, ‘Simply Love You’, ‘Givin’ Grease a Ride’ and ‘The Man Who Found God on the Moon’. McGear also featured an inspired cover of the Roxy Music song ‘Sea Breezes’, the evocative ‘The Casket’ and the hit single ‘Leave It’. McGear was charming, eccentric and unique in equal measure and was one of the great unsung albums of its time.

Now acclaimed, but unavailable in any form for over twenty years, this long awaited vinyl reissue of “McGear” has been prepared with the full involvement of Mike (McGear) McCartney and has been newly re-mastered from the original master tapes and has been cut at the famous Abbey Road Studios. It includes a new poster and is a fine tribute to the eccentric genius of McGEAR.

Posted by Jack Clough / 312
The Residents ‘pREServed‘ reissue series continues with Gingerbread Man, available here as a 3CD expanded edition AND on vinyl for the very first time! The... Continue reading

Posted by Jack Clough / 212
Only a few days left to wait until Settlement, the brand new album from the legendary Strawbs, is released! Find out all about it below... Continue reading

Posted by Jack Clough / 478
Don't forget! Grapefruit Records is our February label of the month - which means you don't have long left to bag yourself a psych flavoured... Continue reading