Gerry Rafferty | Who Knows What The Day Will Bring? The Complete Transatlantic Recordings is released this week

Whether recording as a solo performer, a member of Stealers Wheel or as one half of The Humblebums (the other half, of course, being Billy Connolly), the late Gerry Rafferty was always a master craftsman, leaving behind a dazzling portfolio of songs headed by huge hits ‘Stuck In The Middle With You’ and the equally timeless ‘Baker Street’.

Although early success eluded him, it was during his time with the nominally folk-oriented Transatlantic label that Gerry learnt his craft, sharing space with Connolly on two Humblebums albums before the superb 1971 solo set “Can I Have My Money Back?”

As most fans will be only too aware, those early recordings have been repackaged on a regular basis over the last four decades or so with varying degrees of care and attention. What makes our new 2-CD set Who Knows What The Day Will Bring? different from the pack is that, for the first time, a full anthology of Gerry’s early years is available under one roof. 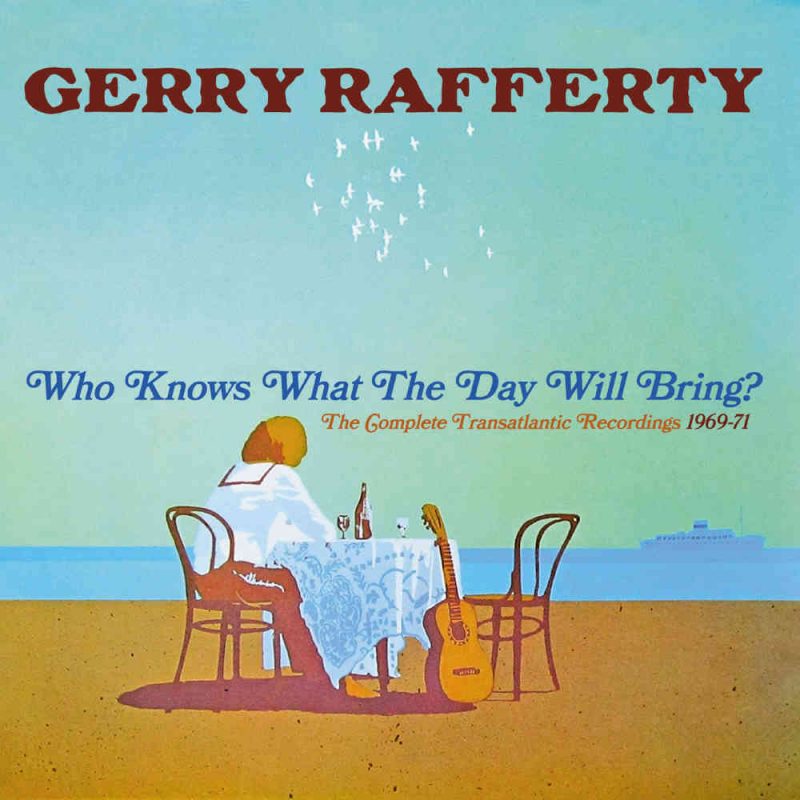 In addition to every album track, stray B-side and remixed single, we’ve added a cache of previously-unreleased songs and alternative versions (including two early versions of ‘Who Cares’, a song that would later turn up in substantially different format on the second Stealers Wheel LP) taken from a bunch of multi-track masters that have been gathering dust in Transatlantic’s archives for the last fifty years.

With a host of hitherto-unheard songs and performances, the first-ever complete reissue of “Can I Have My Money Back?” (previous attempts have substituted an unauthorised overdubbed ‘Mary Skeffington’ in place of the original, far superior album version), Who Knows What The Day Will Bring? is nothing less than a complete, unexpurgated document of Rafferty’s adventures in the recording studio between 1969 and 1971, with all tracks taken from the master tapes.

Posted by Jack Clough / 507
Esoteric Recordings are pleased to announce the release of PASSING THROUGH – THE COMPLETE STUDIO RECORDINGS, a 6CD boxed set by the unsung heroes of... Continue reading