CRAWLING UP A HILL | This new boxset compilation takes a journey through the British blues boom 1966-71!

• By 1965, the British R&B boom was over. Cyril Davies was dead, Alexis Korner was employed as MD on a children’s TV show, and the legion of young acolytes the two men had inspired had drifted away from the blues and into mainstream pop stardom. The more “purist” individuals were out in the cold: Brian Jones was marginalised in the Stones by the emergence of the Jagger/Richards songwriting team, while Eric Clapton had stormed out of the most blueswailing Yardbirds in protest at their recording of winsome pop ditty ‘For Your Love’.

• But things were about to change. In April 1966, club band John Mayall’s Blues Breakers – prominently featuring a still-simmering Clapton – recorded their debut studio album with the aid of producer Mike Vernon. Released in July, the LP was a huge, entirely unexpected success, reaching the UK Top Ten and remaining in the charts for an impressive 17 weeks.

• Suddenly, an astonishing number of virtuoso young British (and Irish) blues guitarists, all of whom rejected the trappings of pop success as fervently as the young Eric, were inspired to form their own bands. In the wake of Clapton, his Yardbirds replacement Jeff Beck and Peter Green (Eric’s replacement in Mayall’s band after he’d split to form Cream) came the likes of Kim Simmonds, Jeremy Spencer, Stan Webb, Paul Kossoff, Alvin Lee, Clem Clempson, Rory Gallagher, Gary Moore and Mick Ronson. Within a year or two of Mayall’s unexpected breakthrough, the second wave of the British blues boom was in full, glorious bloom.

• Featuring all of the above names, Crawling Up A Hill chronicles the development of the British blues scene during that relatively brief but halcyon period, covering both the electric blues bands (Mayall’s Blues Breakers, Fleetwood Mac, Chicken Shack, Savoy Brown, Ten Years After etc) and the acoustic country blues acts (Jo-Ann Kelly, Mike Cooper, Ian A. Anderson and others).

• In addition, we feature a number of more obscure bands from the era, including Levee Camp Moan (responsible for two of the most feverishly-collected albums of the era), pre-Faces outfit Quiet Melon and The Zany Woodruff Operation, now receiving their first-ever public exposure.

• Housed in a clamshell box with a 40-page booklet featuring potted histories and priceless period photos of all the featured acts, Crawling Up A Hill is a fascinating document of a genre that, though relatively short-lived, would have a seismic influence on the subsequent development of rock music. 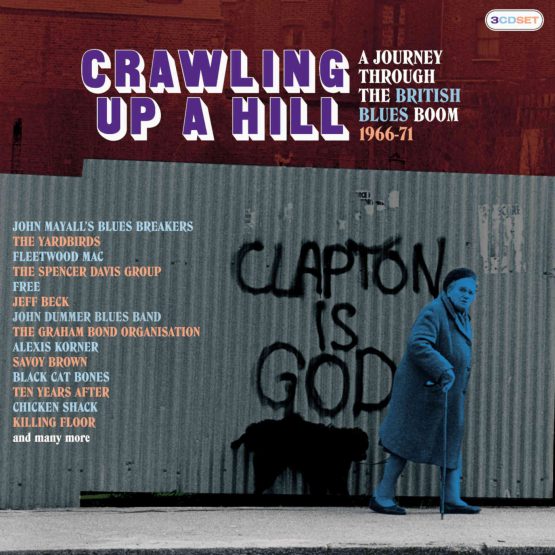 Posted by Jack Clough / 423
• A brand new series of releases devoted to the rise of Disco in the ‘70s, a genre which began when soul music became the... Continue reading

Posted by Jack Clough / 592
Esoteric Recordings is pleased to announce the release of a new boxed set featuring all of the albums recorded by the legendary ARTHUR BROWN &... Continue reading