C90| Take a deep dive into the latest release in the highly successful ‘C’ series!

• THE LATEST IN THE HUGELY SUCCESSFUL ‘C’ SERIES, RIFFING ON THE ORIGINAL C86 CASSETTE.

• SIXTY-THREE TRACKS CHARTING THE RISE TO DOMINANCE OF THE INDEPENDENT MUSIC SCENE, AS ONCE SHOESTRING ARTISTS AND LABELS BEGAN TO FIND AN AUDIENCE BORDERING ON THE MAINSTREAM.

• PRODUCED BY THE TEAM THAT BROUGHT YOU ‘SCARED TO GET HAPPY’, ‘STILL IN A DREAM’, ‘ANOTHER SPLASH OF COLOUR’, ‘LOSING TOUCH WITH MY MIND’, ‘ELECTRICAL LANGUAGE’ AND COUNTLESS OTHER HIT COMPILATIONS AND BOX SETS.

Over a decade now since punk rocked the British musical scene to its foundations and caused an eruption of independently produced records, the scene and a new generation of figurehead artists began to let ambition in and head overground, playing to increasingly large crowds, working with bigger budgets and selling more copies, finding a footing in the UK’s Top Forty, venturing into the USA and, ultimately, creating a mainstream audience now primed for credible, guitar-tinged pop. Meanwhile, an underground revolution in clubland began to push towards the commercial same space, resulting in an inevitable fusion of songcraft and dancefloor aesthetics.

“C90” captures perfectly the moment these tribes began to coalesce. From the opening, club-friendly rendition of The Charlatans’ ‘Polar Bear’ to The La’s knowingly backward looking ‘Timeless Melody’ and all in-between, this is the sound of a scene dropping the raincoats, dropping acid and aiming for domination. 1990 was the start of a new decade when the Indie scene was dominated by Madchester and the arrival of Shoegaze and with nods towards grunge and what would become known as Britpop, plus hints of a proto-laddism peering out from between the cracks in a post-Smiths aesthetic, the sound of 1990, it could be argued, set the tone for the remainder of the decade.

“C90” is a snapshot of a unique moment in time. A piece of history. The sound of a country putting the hard-biting 1980s behind it, embracing the Daisy Age and looking to move forwards. 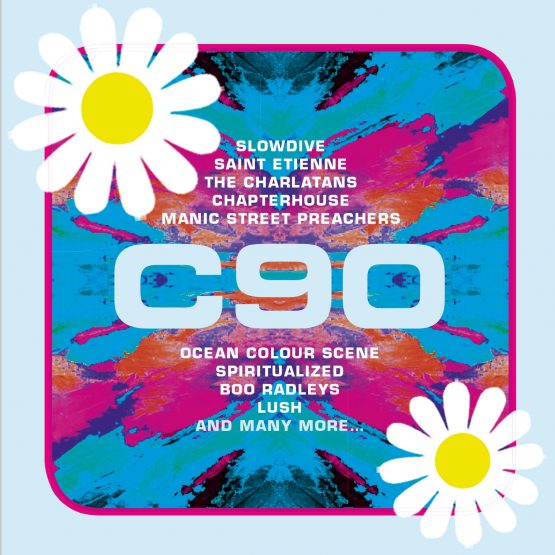 DISC THREE
1. TIMELESS MELODY – The La’s
2. HIGHRISE LOVE – The Darkside
3. EVERYTHING ABOUT YOU –
My Jealous God
4. SLEEP – Eternal
5. POTBOILER – Penelope’s Web
6. DEAD LIKE YOU – The Steamkings
7. TWENTY-FIFTEEN – The Sunflowers
8. BESIDE THE SEA – The Kennedy Pill
9. LITTLE VALLEY TOWN –
Jane From Occupied Europe
10. SUNDAY NEVER COMES AROUND – Po!
11. GOOD MORNING – Jane Pow
12. LEARNING TO KEEP MY MOUTH SHUT – How Many Beans Make Five
13. LOVESVILLE USA – Montgomery Clifts
14. SHE MADE EVERYTHING GROOVY – The Ogdens
15. OUT OF MY MIND – Avo-8
16. DARKEST BLUE – Gentle Despite
17. MY HEART IS WHERE MY HOME IS – The Chrysalids
18. WHEN I FIND YOU –
Little Red Schoolhouse
19. NOTHING IN YOUR HEART –
Life With Patrick
20. WHAT IS MORE THAN LIFE –
Horse Latitudes
21. I REALLY DO LOVE YOU PENELOPE – Hey Paulette
22. MISSING YOU – The Ammonites
23. CHEAT ON ME – The Emotionals

Posted by Jack Clough / 63
The brand new episode of The Cherry Red Radio Show is here! Our April show is another interesting look at Cherry Red and beyond. An... Continue reading

Posted by Jack Clough / 288
• Recorded by students at the start of their summer holidays, Oberon’s self-financed, 99-copies-only 1971 album “A Midsummer’s Night Dream” is one of the rarest,... Continue reading

Posted by Jack Clough / 615
• A deep delve into the insane world of rockabilly; gathering together over 50 gloriously madcap 45s as collected and celebrated by The Cramps’ Lux... Continue reading

Posted by Jack Clough / 211
• There are few artists in country music more highly praised, or influential, as Lefty Frizzell. With a vocal styling often imitated but never matched,... Continue reading