A HUGE 93 track five disc clam shell box rounding up pretty much all of Bad Manners’ releases between 1980-85 is being released at the end of this month! August 31st

1981’s “Gosh It’s” album is what you’ll find on Disc 3. It reached No.18 in the UK charts helped by the inclusion of the hit singles ‘Can Can’ (No.3) and ‘Walking In The Sunshine’ (No.10). We’ve also added as a bonus the No.34 charting ‘Buona Sera’ single plus two tracks from the “Party Party” sound-track that are appearing on CD in the UK for the first time.

Disc 5 is the ultra-rare “Mental Notes” album from 1985, originally only released in North America / The Netherlands / Australia & Greece. Amongst the ten bonus tracks are five that have never appeared on CD before, culled from rare American only 12” singles.

Each disc comes in a card wallet that features its original LP artwork.

The 20 page booklet contains detailed liner notes, pictures of all the relevant record sleeves,
memorabilia and press clippings from the time. 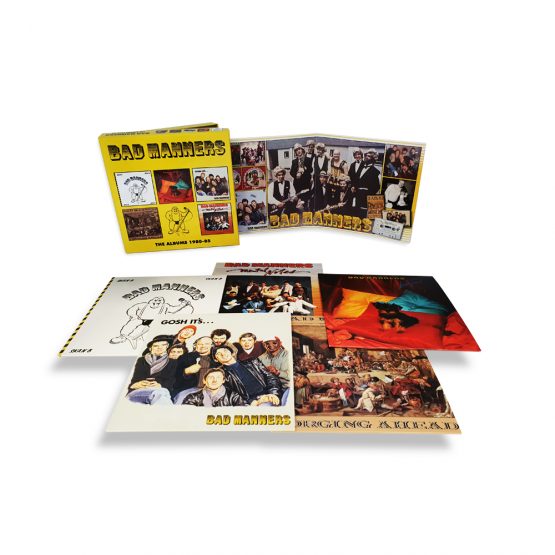 Posted by Jack Clough / 84
Looking for a fascinating listen for today’s commute home? How about this captivating chat with Rick Brown of The Misunderstood, in the latest episode of... Continue reading

Posted by Jack Clough / 592
• A brand new series of releases devoted to the rise of Disco in the ‘70s, a genre which began when soul music became the... Continue reading

Posted by Jack Clough / 705
Esoteric Recordings is pleased to announce the release of a new boxed set featuring all of the albums recorded by the legendary ARTHUR BROWN &... Continue reading