• Already established as consistent hit-makers and dynamic live performers, Atlantic Starr – formed in 1976 in upstate New York, with a nucleus of three brothers, Jonathan, David and Wayne Lewis – were riding the quest of a wave of success in 1986 with the pop/R&B single “Secret Lovers” from the certified-gold LP “As The Band Turns” for A&M Records. The record’s success occurred just as the group – slimmed down from its original nine-member line-up to a quintet included the Lewis brothers, longtime member Joseph ‘Joey’ Phillips and new female lead singer, Barbara Weathers – had negotiated a new recording contract with Warner Brothers Records.

• SoulMusic Records is proud to present a 3-CD deluxe box set consisting of the two albums the group cut for Warner Brothers, 1987’s ALL IN THE NAME OF LOVE, the 1989 set WE’RE MOVIN’ ON and LOVE CRAZY, a third LP recorded for the Warners’ imprint, Reprise Records in 1991, all with primary production by David & Wayne Lewis, and co-production by Jonathan Lewis. Extensive liner notes from renowned UK-based writer Charles Waring include new quotes from Jonathan Lewis and Rachel Oliver-Cobbin (the female lead vocalist for the Reprise album), stellar mastering from Nick Robbins and great artwork from Roger Williams make this reissue (produced by SoulMusic.com founder David Nathan) a ‘must have’ for Atlantic Starr’s global audience.

• Disc 1 is an expanded edition of ALL IN THE NAME OF LOVE, a US-certified gold LP that includes the now-timeless classic ‘Always’, a No. 1 pop and R&B single for the group, their biggest crossover hit and an international best-seller which reached No. 3 on the UK charts. Other standout tracks include the upbeat ‘One Lover At A Time’, a US Top 10 R&B single; the album’s title track, a soulful ballad penned by famed songwriter Sam Dees; and, included on an international version of the 1987 CD, ‘Armed And Dangerous’, produced by Maurice White (of EW&F fame) and recorded by Atlantic Starr for the film of the same name. Bonus tracks consist of extended versions of ‘One Lover At A Time’ (remixed by Arthur Baker), ‘Let The Sun In’ (remixed by Bruce Forrester) and single edits of ‘All In The Name Of Love’ and ‘Always’.

• Disc 2 consists of an expanded edition of WE’RE MOVIN’ UP, with Porscha Martin replacing Barbara Weathers as lead female vocalist, boasted another Atlantic Starr classic, ‘My First Love’ which topped the US R&B charts in 1989. While the album did not achieve the same level of sales success as its predecessor, notable cuts include ‘My Sugar’ (a US Top 30 R&B single) and the uptempo ‘Bring It Back Home Again’, represented here with the original LP version and two extended mixes, courtesy of Chicago DJ Joe Smooth. In addition to the single edit and an extended mix of ‘My First Love’, two tracks that were only issued on the CD version of the LP in 1989, ‘Love Ain’t Fair’ and ‘Woman’s Touch’ are also included.

• Disc 3 showcases LOVE CRAZY, Atlantic Starr’s sole album for Reprise. By 1991, the group consisted of the three Lewis brothers with female vocalist Rachel Oliver replacing Porscha Martin. The team scored their biggest pop/R&B crossover hit with the certified gold single, ‘Masterpiece’, penned by pop tunesmith Kenny Nolan (known for hits with Labelle, Frankie Valli and Tavares among others). With ever-changing trends in R&B in particular, the album didn’t achieve the kind of recognition its content deserved with cuts like ‘Unconditional Love’, with an emotive vocal performance by Rachel Oliver and the ballad ‘Lookin’ For Love Again’, co-written by Wayne Lewis and Sam Dees. 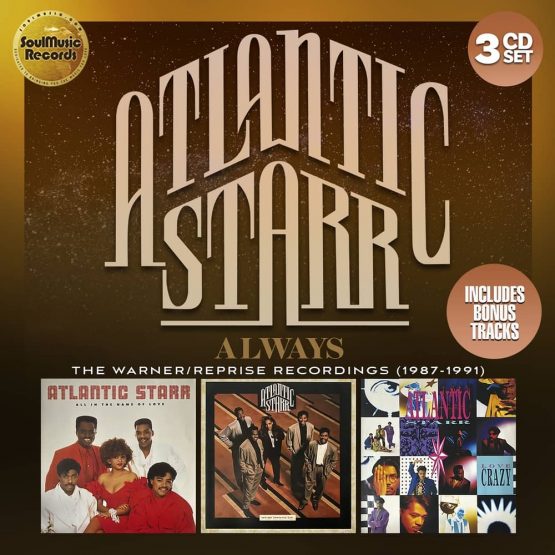 DISC ONE:
ALL IN THE NAME OF LOVE
EXPANDED EDITION 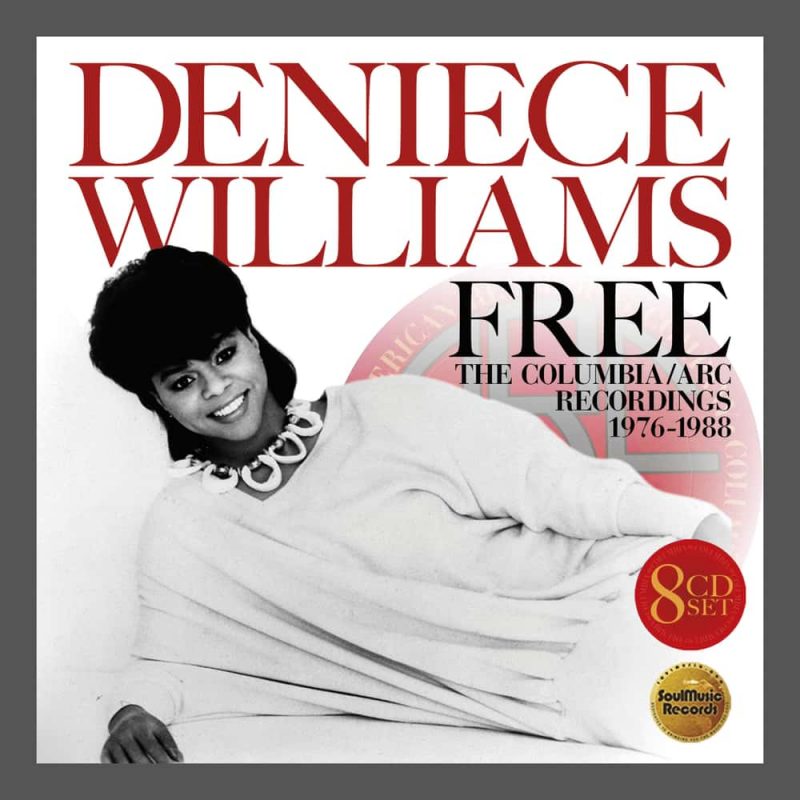 Posted by Jack Clough / 124
SoulMusic Records is very proud to present a deluxe box set of the 11 Columbia and ARC albums by award-winning icon Deniece Williams released between... Continue reading 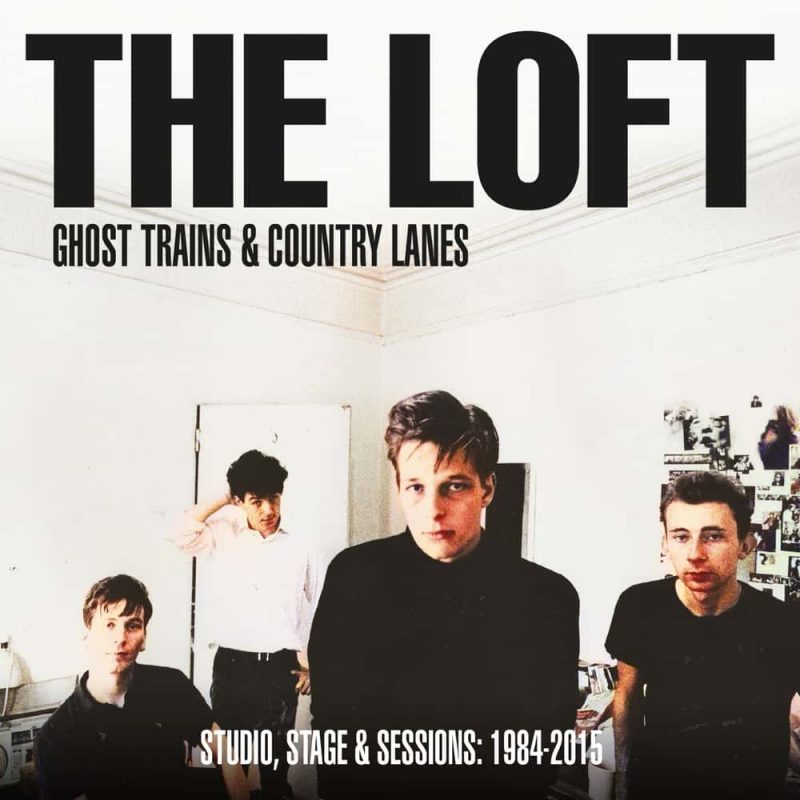 Posted by Jack Clough / 200
• Among the first crop of Creation Records bands in the mid-1980s, THE LOFT seemed the most likely to break through. Following the success of... Continue reading 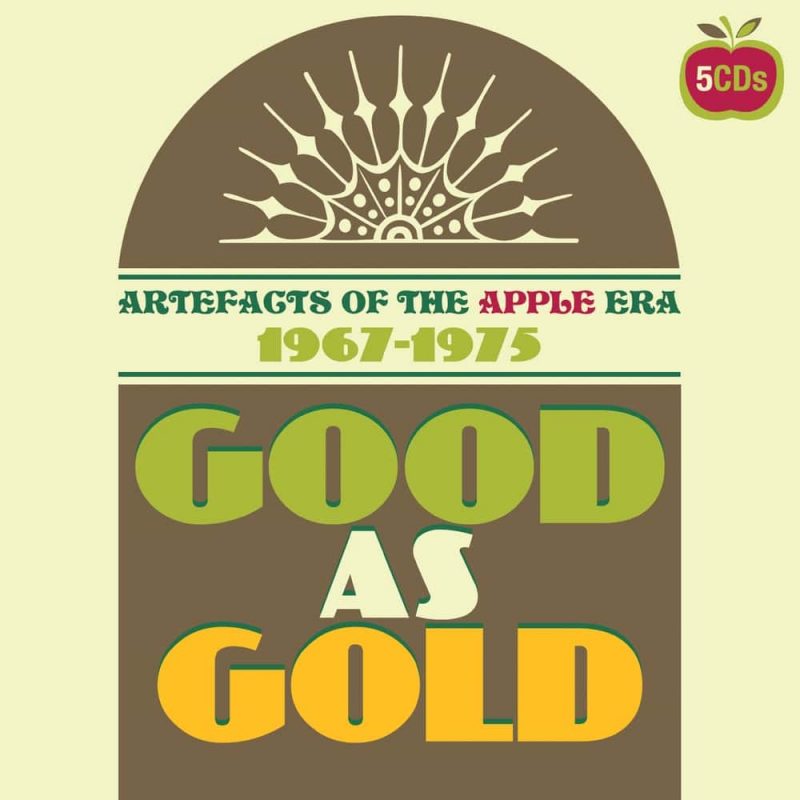 Posted by Jack Clough / 463
Established in 1967 at the height of their powers, The Beatles’ Apple operation saw the group embrace and encourage a wealth of contemporary musical talent,... Continue reading

Posted by Jack Clough / 496
Esoteric Recordings is pleased to announce the release of Temple Songs – The Albums 1973 – 1975, a four-disc clamshell box set of the four... Continue reading

Posted by Jack Clough / 1417
A new installment in the ‘I’m A Freak Baby’ series, plus titles from Deneice Williams, Banquet, Arthur Brown, The Fall, and more! Our June schedule... Continue reading