Cherry Red are delighted to announce the brand-new studio album by the legendary Hawkwind.

All Aboard The Skylark

All Aboard The Skylark is the band’s 32nd studio album and a storming return to their space rock roots. It is released on 25th October 2019 on vinyl, digital and CD (along with a second bonus disc) Acoustic Daze. 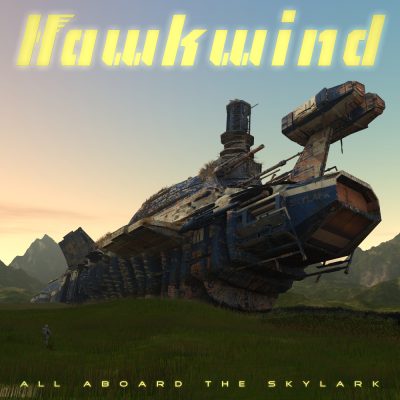 2019 marks the beginning of the band’s 50th Anniversary year and All Aboard The Skylark picks up effortlessly from their conceptual Top 40 charting albums The Machine Stops (2016) and Into The Woods (2017).

Musically the solid quartet of Dave Brock (guitar, vocals, keyboards), Richard Chadwick (drums), Niall Hone (bass, keyboards) and Magnus Martin (guitar, vocals) have created a tight, psychedelic groove that runs through the spine of the album, but embraces each musician’s individual talents along the way.

Opener Flesh Fondue is a classic Hawkwind space rock number; alien creatures feeding on the inhabitants of planets, carried by Brock’s characteristic guitar and vocals and underpinned by Chadwick’s superb rhythm and hypnotic drum fills. Nets Of Space is a bass driven trip, complimented by swirling guitar loops and rhythmic drumming while the conceptual Last Man On Earth and We are not Dead…Only Sleeping lead us headlong into the free-spirited psychedelic groove of All Aboard The Skylark. The contemplative 65 Million Years Ago, with haunting Brock vocals is followed by the melodic lament, In the Beginning, which leads to the expansive and multi-layered The Road To…, and closes with The Fantasy of Faldum, (based on a Hermann Hesse fairytale). This is an exciting and unmissable addition to the Hawkwind canon.

Following a live tour, when Hawkwind opened their own shows with an acoustic set, the band went into the studio and recorded Acoustic Daze, acoustic versions of some classic Hawkwind tracks. 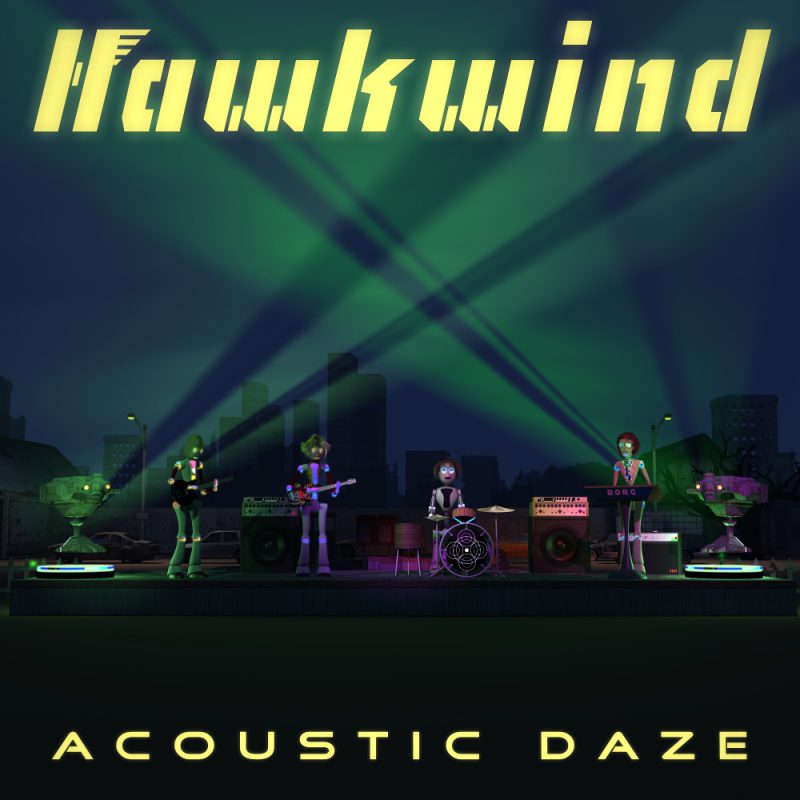 Including PSI Power, Down Through The Night and We Took The Wrong Step Years Ago, this shows another fascinating side to the band. Stripping back the songs to their roots doesn’t dilute any of the raw power, highlighting the depth and musical perception that Hawkwind have forged over the past fifty years.

Acoustic Daze will be released as part of the CD set of All Aboard The Skylark and as a stand alone vinyl edition – limited to 1000 copies worldwide!

The 50th Anniversary celebrations this year have already seen the band headline the acoustic stage at Glastonbury and play a headline slot at the metal festival Graspop in Belgium, alongside a host of other UK and European festivals, including a free Easter festival for their Hawkwind Passport Holder fan club.. They’ve been nominated for awards and are planning a special 50th Anniversary Hawkfest for the end of the year. There will be a nationwide tour in November culminating in a show at the prestigious Royal Albert Hall on November 26th.

All Aboard The Skylark 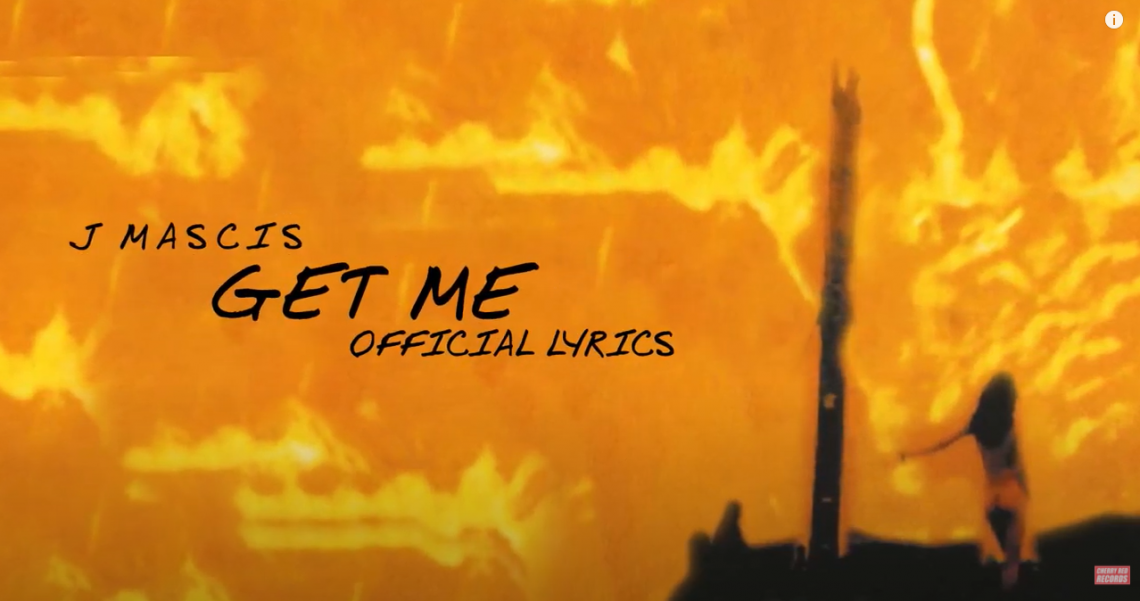 Posted by Jack Clough / 143
We are eagerly awaiting the reissue of J Mascis' incredible solo album 'Martin and Me' on vinyl next Friday, as well as 'Fed Up And... Continue reading 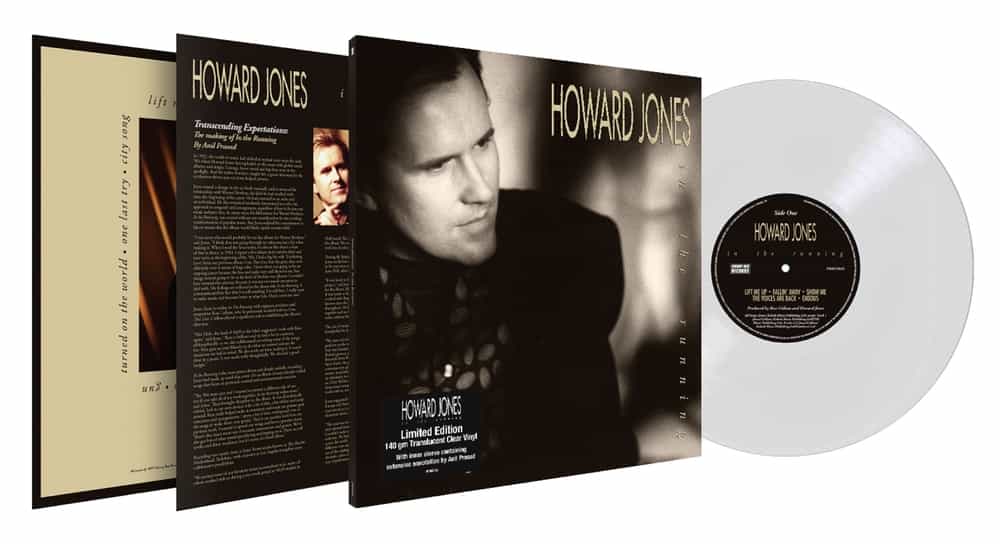 Posted by Jack Clough / 381
‘In The Running’ is the next Howard Jones album to get the deluxe edition treatment in March, expanded onto a deluxe edition 3CD collection, and... Continue reading 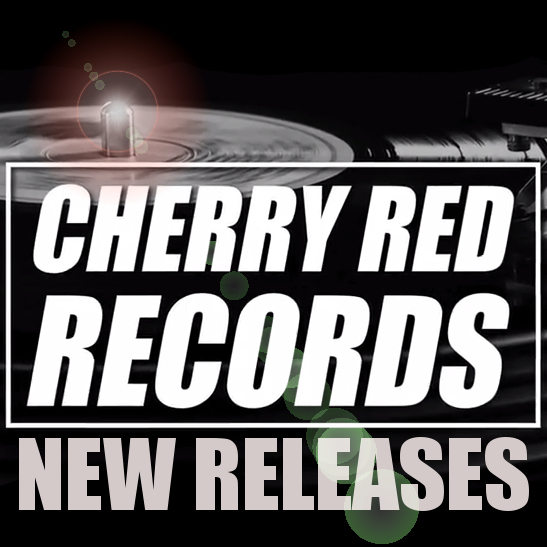 Posted by Richard / 1798
We’ve just added our March release schedule to our website. Take a look at what’s on the way from the list below! All of these... Continue reading 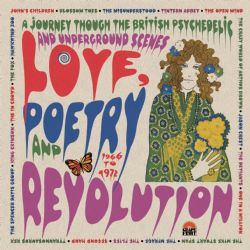 Posted by Jack Clough / 898
It’s New Music Friday! We may not have any physical releases out today but we have plenty of digital catalogue now live on all digital... Continue reading