Cherry Red’s 12 Days Of Christmas: Day 5 – Rip a roaring 20% off The Residents releases!

On the 5th day of Cherry Red’s ‘Twelve Days Of Christmas’ sales, your favourite record label gives to you…20% off The Residents replendent catalogue so far!

Alternately seen as a rock band, an arts collective, and a spirit, THE RESIDENTS have been regarded as icons in the world of experimental music for almost fifty years. In addition to their groundbreaking work in the areas of trance, world fusion, electronica, punk, industrial and lounge music, the group has also been credited with being among the originators of performance art and music video, with their videos included in the permanent collection of the Museum of Modern Art. Their lengthy career has also taken them into the world of film and television music, having scored numerous films and TV series as well as several projects for MTV. In addition, the group is also thriving in the world of digital media having released ten DVDs, and two internet series. 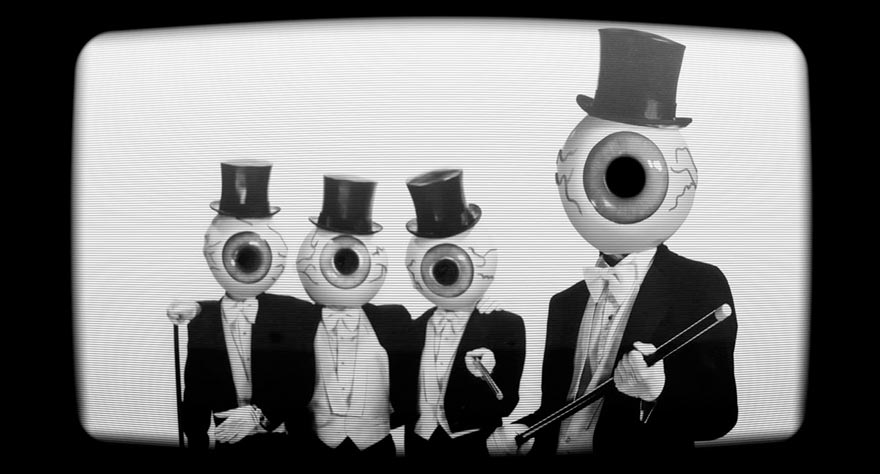 Currently, in collaboration with noted video artist, John Sanborn, The Residents are creating a major multimedia event to be performed at the Museum of Modern Art on Jan 24 & 25, 2020. In addition, based on the recently discovered recordings of Alvin Snow, aka Dyin’ Dog, the group is completing their 49th studio album, METAL, MEAT & BONE. Then, in the spring, The Residents will embark on another world tour, again featuring the music of Alvin Snow while also revisiting Duck Stab, one of the band’s most popular albums.

Enjoy 20% off their immense catalogue of mind-bending music until 15th December. BROWSE THE RESIDENTS CATALOGUE HERE!

Posted by Jack Clough / 358
• A deep delve into the insane world of rockabilly; gathering together over 50 gloriously madcap 45s as collected and celebrated by The Cramps’ Lux... Continue reading

Posted by Jack Clough / 158
• There are few artists in country music more highly praised, or influential, as Lefty Frizzell. With a vocal styling often imitated but never matched,... Continue reading

Posted by Jack Clough / 263
#NewMusicFriday is here and we’ve got a hefty dose of reggae sounds to add to your collection, with two new reissues from Doctor Bird. PLUS... Continue reading

Posted by Jack Clough / 191
Our Official Spotify Playlists are always being updated with fresh tracks, whether that be new Cherry Red releases, hidden catalogue gems, or genre-defining classics, you... Continue reading