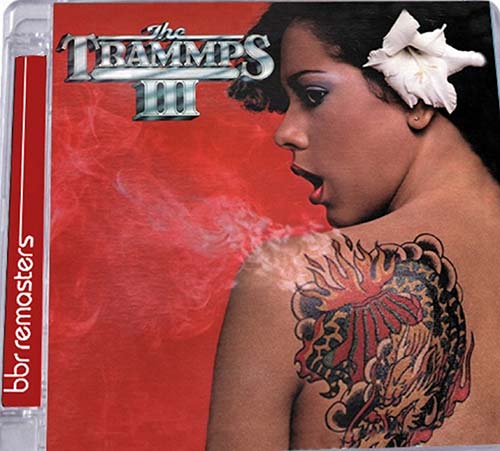 BBR is thrilled to present this expanded and remastered edition of THE TRAMMPS III in a deluxe super jewel case with extensive liner notes and two bonus tracks.

• Having fronted one of the most definitive disco stompers in their huge chart hit ‘Disco Inferno’ and the soul classic ‘Hold Back The Night’, The Trammps proved time and again just how interlinked Disco was with the Philly Soul that dominated the R&B landscape in the 1970s.

• Their fifth album (and third on Atlantic Records), THE TRAMMPS III (Pop #85/R&B #27/CAN #64) plays like an extended jam from start to finish. First single ‘The Night the Lights Went Out (In New York City)’ (Disco #4/R&B #80/NL #10/BEL #8) continues the fire of the disco inferno while second single ‘Seasons for Girls’ (R&B 50) is the album’s cooling off moment alongside album closer ‘It Don’t Take Much’, effectively concluding the party jams in the first half of the record and signalling the more personal narratives contained in the record’s second half.

• ‘Life Ain’t Been Easy’ details the aftermath of a breakup and whilst such thematic concerns aren’t a rarity in the disco era, Jimmy Ellis’ vocal performance here as well his backing by Norman Harris (founding member of MFSB), Stanley Wade (The O’Jays), Robert Upchurch and Earl Young (The Stylistics, B.B. King, The Whispers) is quietly poignant. Penultimate track ‘I’m So Glad You Came Along’ continues in this vein with revitalised love pushing Ellis’ vocal into a celebratory fever. Returning to the quiet environs of ‘Seasons for Girls’, ‘It Don’t Take Much’ is the aural equivalent of the party being over and having a tearful reunion with lost love.

• BBR is thrilled to present this expanded and remastered edition of THE TRAMMPS III in a deluxe super jewel case with extensive liner notes and two bonus tracks.

3. PEOPLE OF THE WORLD, RISE


9. THE NIGHTS THE LIGHTS WENT OUT (SINGLE VERSION)