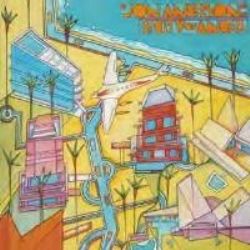 In The City Of Angels
Jon Anderson

UNFORTUNATELY THIS TITLE IS CURRENTLY OUT OF STOCK.
Cherry Red Records apologises for the unavailability of this album, however if
you would like to be notified when it is on sale again then please email matti@cherryred.co.uk. Thanks.

Esoteric Recordings are pleased to release a newly re mastered edition of Jon Anderson’s1988 studio album in the City Of Angels. The yes front-man recorded the album in Los Angeles with members of the band Toto and featured the hit single Hold On To Love (co-written by Anderson and Motown records genius Lamont Dozier). Arguably the most commercial album recorded by Jon, in the City Of Angels boasted fine musicianship From Luminaries Such As Jeff Pocaro, Steve Luthaker And Mike Pocaro, And Excellent Production By Stewart Levine. Unavailable on CD for some time, this Esoteric Recordings reissue is newly remastered and includes the single edit of hold on to love as a bonus track.