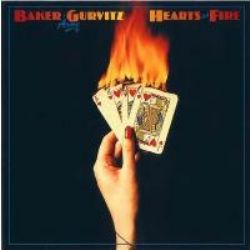 Esoteric Recordings are pleased to release a newly remastered edition of the classic 1976 final album by the legendary Baker Gurvitz Army. Formed by former gun and three man army members Adrian Gurvitz (guitar, vocals), Paul Gurvitz (bass, vocals) and virtuoso drummer Ginger Baker, the Baker Gurvitz Army Recorded three of the finest british rock music of the mid-1970s. The recording of elysian encounter saw the band expanded with the addition of vocalist Mr. Snips(Steve Parsons) and keyboard player Peter Lemer. By the time hearts of fire was recorded John Norman Mitchell had replaced Peter Lemer on keyboards and vibes. Another fine work, the album featured such classic material as flying in and out of stardom , Thirsty For The Blues and Night People . This Esoteric Recordings reissue has been newly remastered and features the live bonus track wotever It Is and booklet with new essay and fully restored artwork.