We use cookies to ensure that we give you the best experience on our website. Click OK to accept and continue shopping, or find out more in our cookie policy...OKRead More
Return to previous page
View cart “Greenslade: Spyglass Guest, Expanded & Remastered 2CD EditionGreenslade” has been added to your cart. 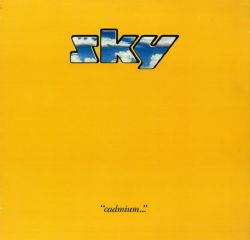 SKU: ECLEC22489
Categories: Esoteric Christmas Sale, Esoteric Recordings, Physical, Sitewide Sale
Share:
Description
• A COMPLETE NEWLY REMASTERED & EXPANDED OFFICIAL TWO DISC RELEASE OF SKY’s CLASSIC 1983 STUDIO ALBUM
• CD WITH THREE BONUS TRACKS
• PREVIOUSLY UNRELEASED DVD OF SKY AT DRURY LANE IN DECEMBER 1983
• FULLY RESTORED ARTWORK & BOOKLET WITH NEW ESSAY
Esoteric Recordings are pleased to announce the next release in the continuing series of reissues of the entire catalogue by the legendary classical rock band SKY.
Formed in 1979, Sky brought together the worlds of rock and classical music in a highly successful and inspiring way. Featuring the gifted talents of guitarist JOHN WILLIAMS, percussionist TRISTAN FRY, legendary bass player HERBIE FLOWERS, former Curved Air keyboard player FRANCIS MONKMAN and guitarist KEVIN PEEK, Sky recorded their debut album at Abbey Road studios in the early months of 1979. The band’s self-titled debut reached the UK top ten in May 1979 and went on to achieve Platinum status in the UK and was also a major hit in Europe and Australia.
Also a huge live attraction, SKY released their second album in April 1980. “SKY 2” was a fine achievement, featuring the hit single “Toccata”, and topped the UK album charts upon its release. For the band’s third album, STEVE GRAY replaced Francis Monkman on keyboards, but the band continued their run of success as SKY 3 reached the UK top ten upon its release in March 1981. The album’s success followed a highly memorable concert by the band at Westminster Abbey in London on February 24th 1981, which was recorded and broadcast by BBC Television.
In 1983 this line-up undertook extensive touring and then recorded their sixth album at Abbey Road Studios. This would be the last SKY album to feature John Williams. CADMIUM was released in December 1983 and the band marked this by performing at London’s Drury Lane Theatre on 18th December, a concert which was recorded by BBC TV.
Unavailable on CD for over two decades, this Esoteric Recordings reissue has been newly remastered and adds three bonus tracks on the CD and also features a DVD (NTSC / REGION FREE) of the previously unreleased BBC recording of Sky at Drury Lane, along with a performance of the piece “Troika” on the Val Doonican Show from December 1983. The original album artwork is fully restored and the booklet features a new essay.
N.B. This title is released 27th April and will not be dispatched before this date.
Track Listing:
DISC ONE:
CADMIUM
REMASTERED AND EXPANDED
1. TROIKA
2. FAYRE
3. A GIRL IN WINTER
4. MOTHER RUSSIA
5. TELEX FROM PERU
6. THE BOY FROM DUNDEE
7. NIGHT
8. THEN AND NOW
9. RETURN TO ME
10. SON OF HOTTA
BONUS TRACKS
11. TROIKA (EXTENDED VERSION)
12. WHY DON’T WE
13. THE FOOL ON THE HILL
DISC TWO: DVD
SKY AT DRURY LANE ~ DECEMBER 1983
DVD: NTSC/REGION 0
1. TOCCATA
2. KP II
3. OH LITTLE ONE / COURONS A LA FETE
4. TROIKA
5. RAGS AND BONES
6. WHEN THE BRANCH IS GREEN
7. TELEX FROM PERU
8. TUBA SMARTIES
9. SON OF HOTTA
10. CARILLON
BONUS TRACK
11. TROIKA
“THE VAL DOONICAN CHRISTMAS SHOW”
BROADCAST BY BBC TV ON 24th DECEMBER 1983
Additional information
Tracklist
Track listing as above.
Reviews (0) 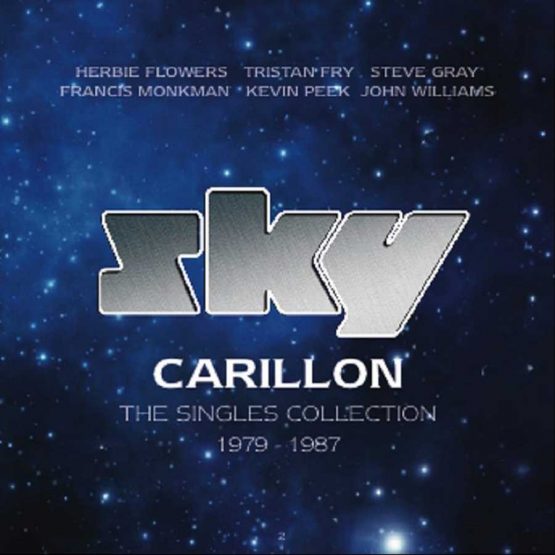