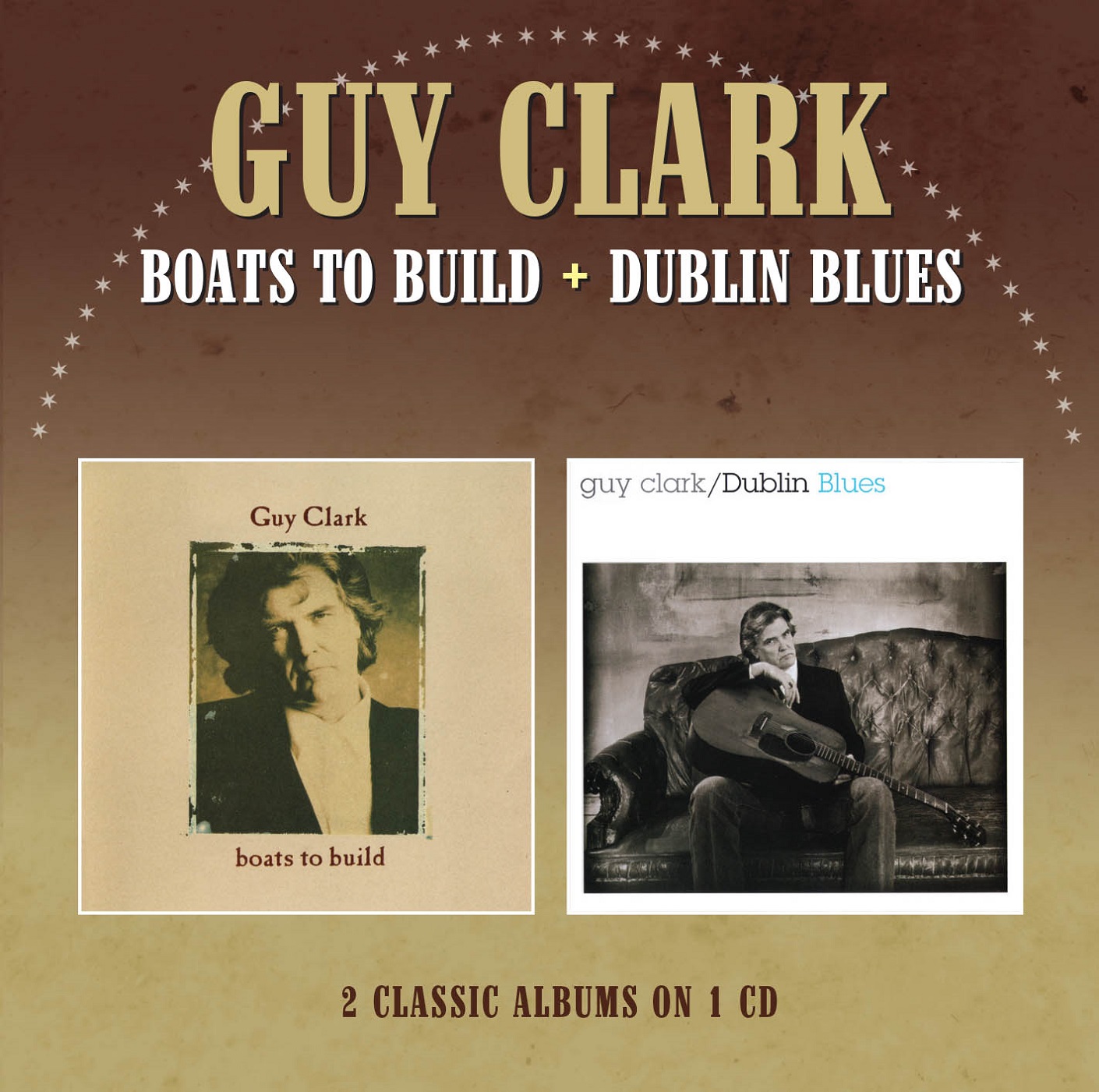 Texas-born Guy Clark is one of the great singer/songwriters and was a major influence on the new breed of country music artists arriving in Nashville in the 1980s.  This coupling of two great albums Boats To Build / Dublin Blues on one CD is available for the first time.

• Texas-born Guy Clark is one of the great singer/songwriters and was a major influence on the new breed of country music artists arriving in Nashville in the 1980s.

• Guy Clark’s home was an open house for impromptu sessions and a place for testing new songs with such artists as Steve Earle, Rodney Crowell and Steve Young.

• Within these albums co-produced by Miles Wilkinson and Guy Clark from 1992 and 1995 are 20 of the artist’s finest recordings, an assessment agreed by both critics and Clark enthusiasts alike.

• Here, fine studio musicianship, perfectly accompanies, but never overcrowds, the vocals, perhaps hard to believe with such a strong ensemble on board, which also reveals the high esteem to which Clark is held.

• “This coupling of two great albums on one CD is available for the first time”.

N.B: This title is released 20th November 2015 and will not be dispatched before this date.

Notice: id was called incorrectly. Product properties should not be accessed directly. Backtrace: require('wp-blog-header.php'), require_once('wp-includes/template-loader.php'), include('/themes/xstore/woocommerce/single-product.php'), wc_get_template_part, load_template, require('/themes/xstore/woocommerce/content-single-product.php'), do_action('woocommerce_after_single_product_summary'), WP_Hook->do_action, WP_Hook->apply_filters, woocommerce_output_product_data_tabs, wc_get_template, include('/themes/xstore/woocommerce/single-product/tabs/tabs.php'), wpb_new_product_tab_content, WC_Abstract_Legacy_Product->__get, wc_doing_it_wrong Please see Debugging in WordPress for more information. (This message was added in version 3.0.) in /home/cherryredco/public_html/wp-includes/functions.php on line 4986
1. BATON ROUGE
2. PICASSO’S MANDOLIN
3. HOW’D YOU GET THIS NUMBER
4. BOATS TO BUILD
5. TOO MUCH
6. RAMBLIN’ JACK AND MAHAN
7. I DON’T LOVE YOU MUCH DO I
8. JACK OF ALL TRADES
9. MADONNA W/CHILD ca. 1969
10. MUST BE MY BABY
11. DUBLIN BLUES
12. BLACK DIAMOND STRINGS
13. SHUT UP AND TALK TO ME
14. STUFF THAT WORKS
15. HANK WILLIAMS SAID IT BEST
16. THE CAPE
17. BABY TOOK A LIMO TO MEMPHIS
18. TRYIN’ TO TRY
19. HANGIN’ YOUR LIFE ON THE WALL
20. THE RANDALL KNIFE
Reviews (0)